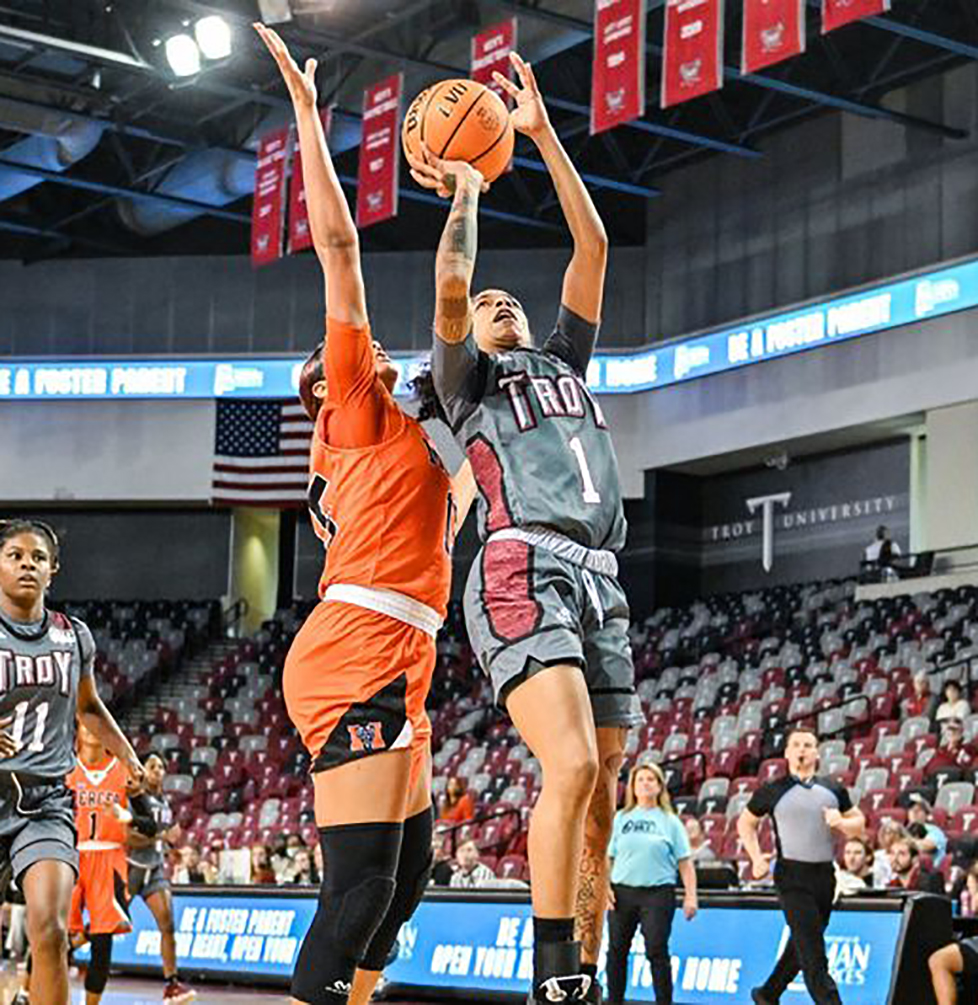 The Troy Trojans (5-5) women’s basketball team throttled the LaGrange College Panthers (5-4) on Wednesday by a score of 114-49 at home.

Troy came out swinging, opening up on a 10-0 run and led 40-8 going into the second quarter. The Trojans led 63-22 at halftime and never let off the gas, outscoring LaGrange 51-27 in the second half, as well.

Troy shot 47.1 percent from the field and held LaGrange to 23.8 percent shooting. The Trojans also outrebounded LaGrange 77-49 and forced 26 turnovers. Troy also blocked 15 shots as a team. A total of 13 players scored in the win, while six different Trojans scored in double digits.

Troy is back on the road Jan. 20 for a matchup with the Belmont Bruins, who are coming off an NCAA Tournament appearance last season. One of Belmont’s leaders is Troy native Tuti Jones, who was an all-state guard at Charles Henderson High School. Jones is averaging 11 points, five points, 2.3 assists and 1.3 steals per game this season.