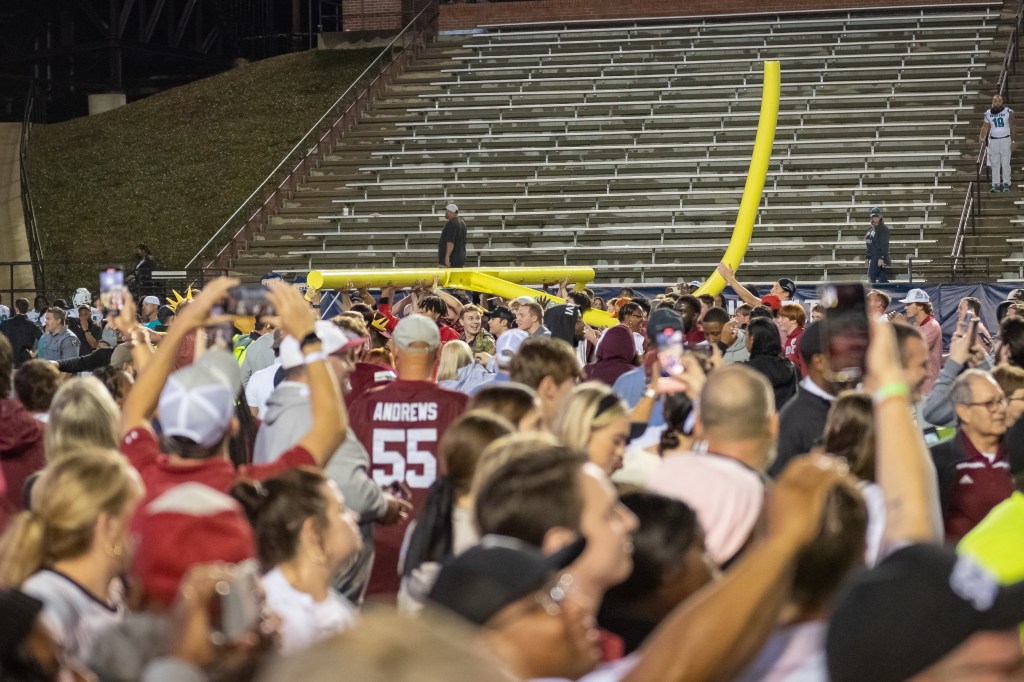 The students of Troy University have been singing the song of champions all week as The Troy Football team won The Sun Belt Conference Championship Game on Saturday, Dec. 3, against The Coastal Carolina Chanticleers with a win of 45-26. 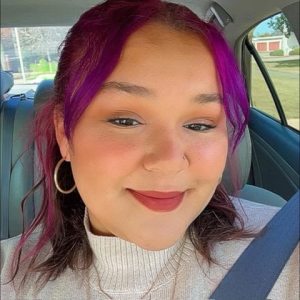 After the team’s win, in a cloud of tears, excitement, and crimson, the student section rushed the field, continuing the tradition of tearing down both goal posts of Veterans Memorial Stadium.

Later, the goal posts were found in the main fountain on John Lewis Quad and at various fraternity houses on campus. Over the course of the weekend, they were broken down and distributed amongst the adoring fans.

Troy theatre major Avery Gallahar recalls “the student section (as being) incredible! It was so awesome to see the student section packed out for the whole game. The environment was just great, being around several hundreds of people who want to see our team win the title that they’ve worked so hard for!”

Many fans of all ages surrounded the stadium before the game, anticipating the win that they all had hoped for, and stayed after the game celebrating with friends and loved ones by throwing spontaneous victory parties and by visiting local businesses.

Many different elements go into making the Troy University football games such a successful celebration, with most of them having time to perfect their routines, songs, and performances. The Sound of The South, full of talented and dedicated musicians, show their love of the holidays and their football team by performing a Christmas special half time show, in which they had only one day to prepare for, executing it perfectly under the Saturday night lights.

Sophomore piccolo player Reagan Hodges says, “It was so cool to be able to represent Troy University at the championship game. I have never seen so many fans in The Vet! The best part was when we won, and we played the fight song as the students rushed the field. It was one of those core college moments I’ll remember forever.”

Along with Hodges and the rest of the Sound of The South, many Troy Football fans will be attending the Duluth Trading Cure Bowl on December 16 as the Trojans play against the UTSA Roadrunners in Orlando, Florida. For the fans back at home supporting their beloved team, the game will be shown on ESPN starting at 2 p.m.

COLUMN: ‘Adventuring’ in the Big Apple