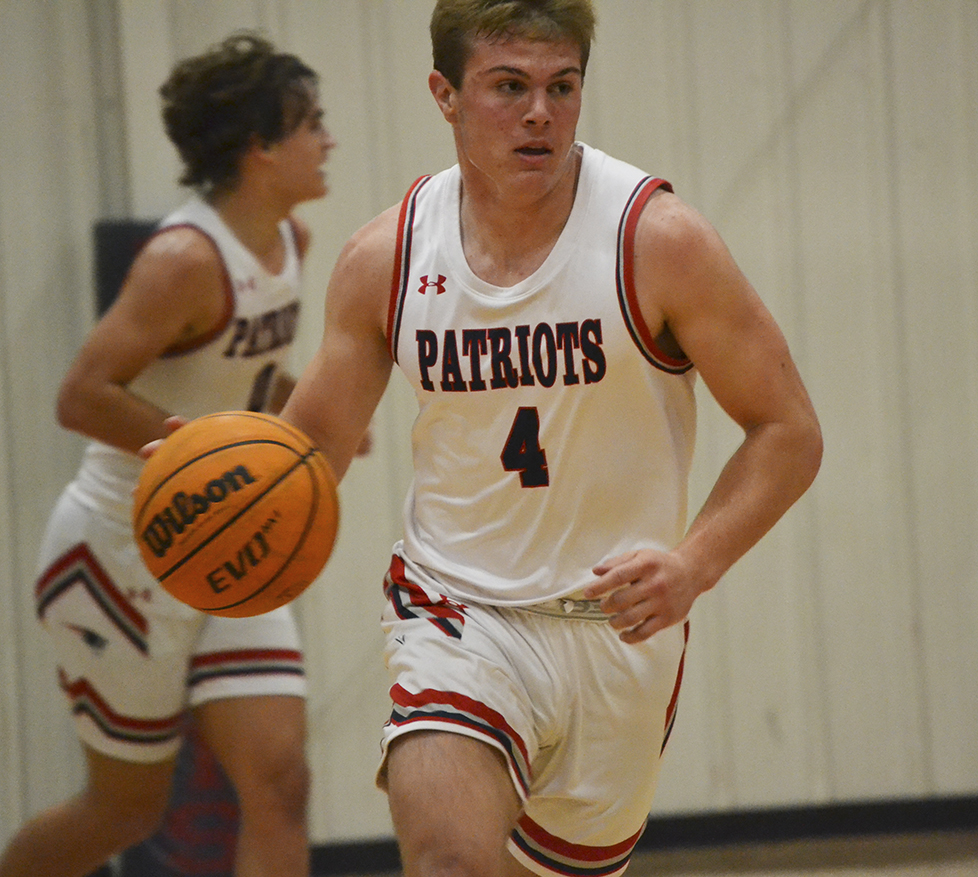 The Pike Liberal Arts Patriots won their first basketball game as a part of the Alabama High School Athletic Association on Monday, Dec. 12, defeating Emmanuel Christian by a score of 50-35.

The Patriots came out of the gates swinging, opening up a 15-10 lead in the first quarter, and took a 23-15 lead into halftime. The Patriots then took control of the game in the third quarter, outscoring Emmanuel Christian 18-8 in the period to run away with the win.

“I thought we played with a lot of confidence,” PLAS coach Charlie Scofield said. “We knew we stacked up well against those guys and we were able to execute some of the things we’ve been trying to get our guys to see all year. I feel like they played with a different level of confidence and their execution was really good.”

“We have to use our advantages where we have them. Any win is a good win, so we’re excited about that and hope we can continue that.”

The win not only marks the first AHSAA Basketball win for the Patriots but the 50 points is a season-high total for PLAS, as well. Scofield was also serving as the PLAS interim football coach when the Patriot football team won its first on-field victory in football, as well.

“It feels really good,” Scofield said of getting the first win of the season. “It’s a special feeling to take that first step and we’re just hoping we can carry on doing the same thing moving forward. It’s one step in the right direction.”

The Patriots will try to keep the momentum going on the road at Providence Christian on Dec. 20.

Additionally, Zion Chapel dropped a road game with Elba by a score of 56-48. Slade Grantham led the Rebels with 28 points, while Jacob Chestnut scored 11 points. The Lady Rebels fell to Elba 58-29 with Madison Meeks scoring 11 points.