No. 24 Trojans face No. 25 Roadrunners in Cure Bowl 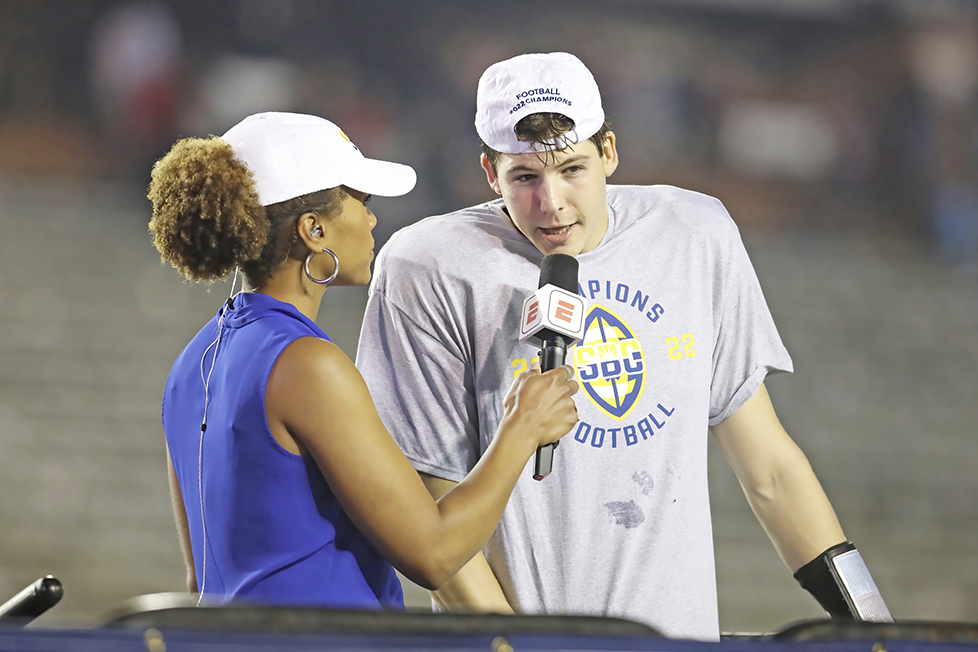 Troy quarterback Gunnar Watson will return to Troy for his senior season next year. (Photo by Henry Otto/Creative Media Images)

The 2022 college football season comes to a close for the No. 24-ranked Troy Trojans (11-2) on Friday, Dec. 16, in Orlando, Fla., in the Duluth Trading Cure Bowl against the No. 25-ranked UTSA Roadrunners.

The matchup between Troy and UTSA presents one of the most exciting matchups in all of college football for bowl season as it is one of the only non College Football Playoff or non New Year’s Six bowl games to pit two Top 25 teams against one another and is the only bowl game to feature two conference champions. Troy and UTSA are both also currently on 10-game winning streaks.

“We’re very honored to be playing in the Cure Bowl and I think the matchup in our game has to be one of the more intriguing matchups in the bowl games,” Troy coach Jon Sumrall said. “Two teams ranked in Top 25, two teams on 10-game winning streaks and two conference champions. I think there is a lot of quality things about this game that are at play.”

“They’re fairly balanced but maybe throw the ball a little more effectively than run it,” Sumrall said of UTSA’s offense. “They’re still good at both and the pass game is dynamic and explosive. Frank Harris is one of the top quarterbacks in the country and all of their receivers are quality, their tight ends are quality and their running backs are good. Their offensive line is probably the most solid, consistent offensive line we’ve seen all year.”

A pair of backs in Kevorian Barnes (114 carries, 713 yards, 6 TD) and Brenden Brady (156 carries, 699 yards and 9 TD) lead the running game with Harris also tallying 588 yards and nine touchdowns on the ground.

Because of the early time for the bowl game – the Cure Bowl will be the second bowl to take place this season – Troy coaches are trying to deal with recruiting ahead of the Dec. 20 early signing period for college football, along with preparing for a bowl game.

“I think you can make it a positive or a negative,” Sumrall said of the early start. “I try to see the glass half full. Sometimes your long layoff between the last game and the bowl game can cause some rust.

“So, hopefully we have more rhythm and I think both teams coming off conference championships will have more rhythm because it’s more like coming off a bye week. It definitely has created very few hours of sleep for me since our last game and it will be like that until signing day. We’re dealing with recruiting, getting ready for a game and a lot of other things that make a normal regular season schedule seem almost mundane. This is like a rat race really. I was at a different city every night last week and going to bed at midnight and waking up at 4 a.m. and ripping and running all week.”

Troy’s players have also been dealing with working through finals in school along with preparing for a football game.

“It hasn’t been too bad,” quarterback Gunnar Watson said. “Some of us have finals next week, so we had to get those rescheduled but other than that it’s been fine. They’ve worked with us on our schedules and we’ve handled it pretty well.”

With players all across the country entering the transfer portal, Watson also addressed his intentions for the future stating that he’s already made his decision to return to Troy for his final year of eligibility next season.

Watson and the Trojans will play UTSA on Friday at 2 p.m. in the Cure Bowl, which will air nationally on ESPN.