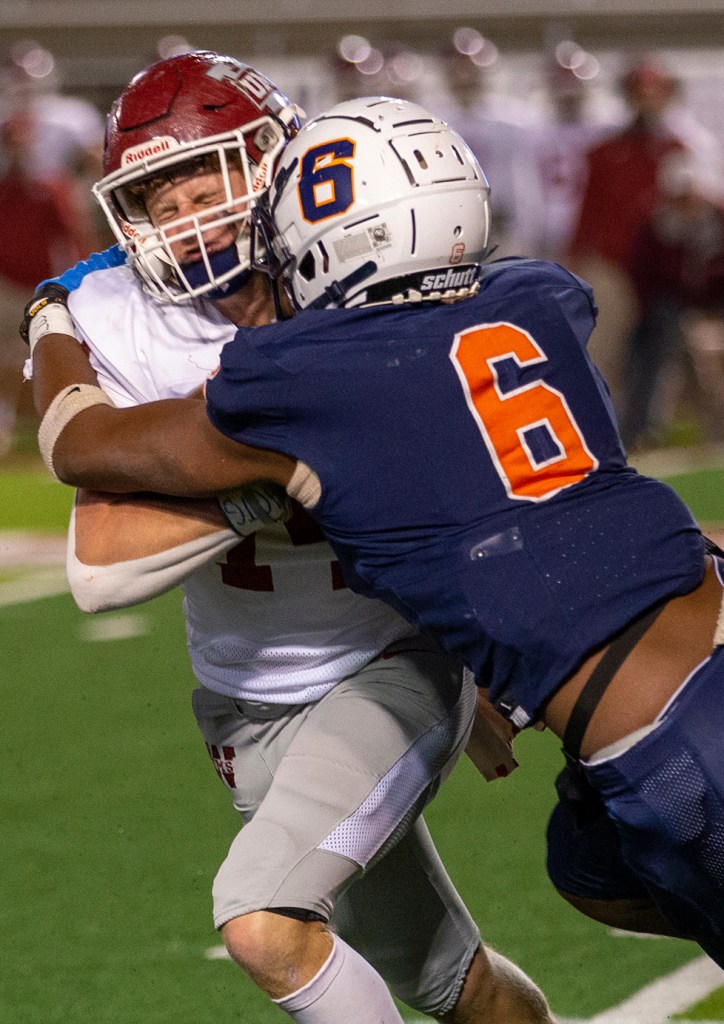 Zion Grady is second in the State of Alabama in sacks this season. (Photo by Dan Smith)

The All-American Bowl is a high school football all-star game that features some of the top college recruits in the country, played at the Alamodome in San Antonio, Texas. Over the last several years future NFL players like Andrew Luck, CJ Mosley, DeMarco Murray, Chase young, Odell Beckham Jr., Tim Tebow, Eric Berry and many others have competed in the All-American Bowl.

While Grady is only a sophomore, the 6-foot-5-inch, 230-pounder is already rated as a 5-star college prospect by 247Sports and a four-star recruit by both the Rivals and On3 recruiting services. Grady already has college scholarship offers from the likes of Troy, Alabama, Auburn, Florida State, Ole Miss, Arkansas, Tennessee, Penn State, Texas A&M, Washington State, Alabama A&M and Alabama State.