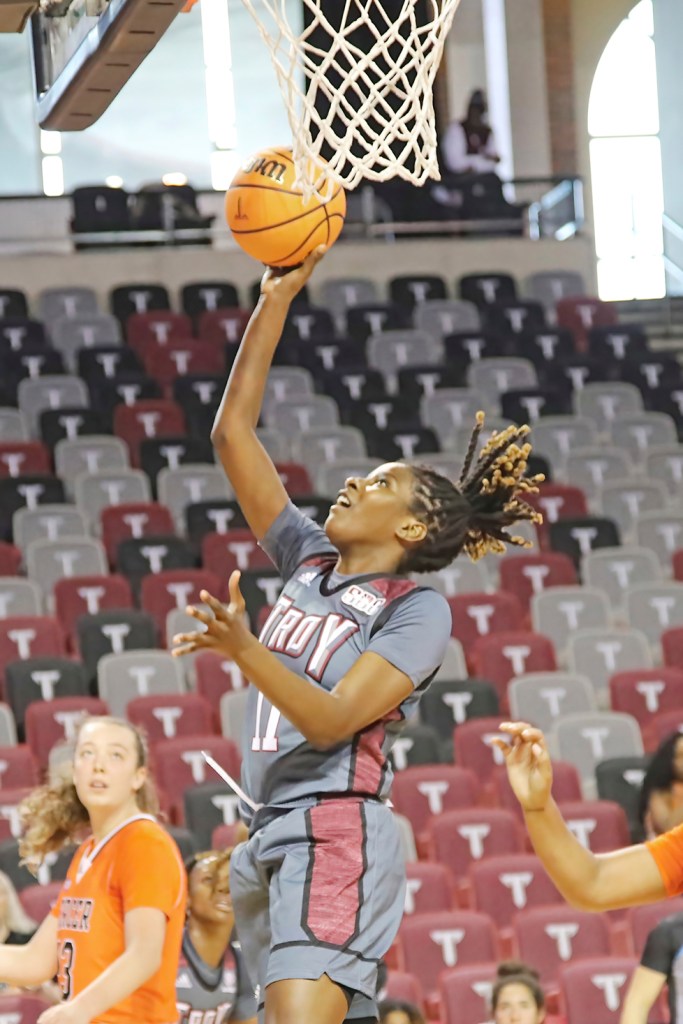 The Troy Trojans (4-5) women’s basketball team snapped a three-game losing streak with a 79-73 win over the Mercer Bears (3-6) on Saturday.

The Trojans never trailed in the contest and led by as many as 20 points going into the fourth quarter when Mercer rallied to outscore Troy 30-20 in the final period to make things tighter.

The Bears went on a 10-2 run to cut Troy’s lead to 76-73 with 23 seconds left but Nia Daniel knocked down a free throw and Tai’Sheka Porchia hit a layup in the final seconds to secure the Trojan win.

In all, the Trojans dominated the boards, outrebounding Mercer 58-25 but turned the ball over 28 times, which helped Mercer rally late.

Troy closes out its three-game home stretch on Wednesday against Division III’s LaGrange College on Wednesday, Dec. 12, at noon.