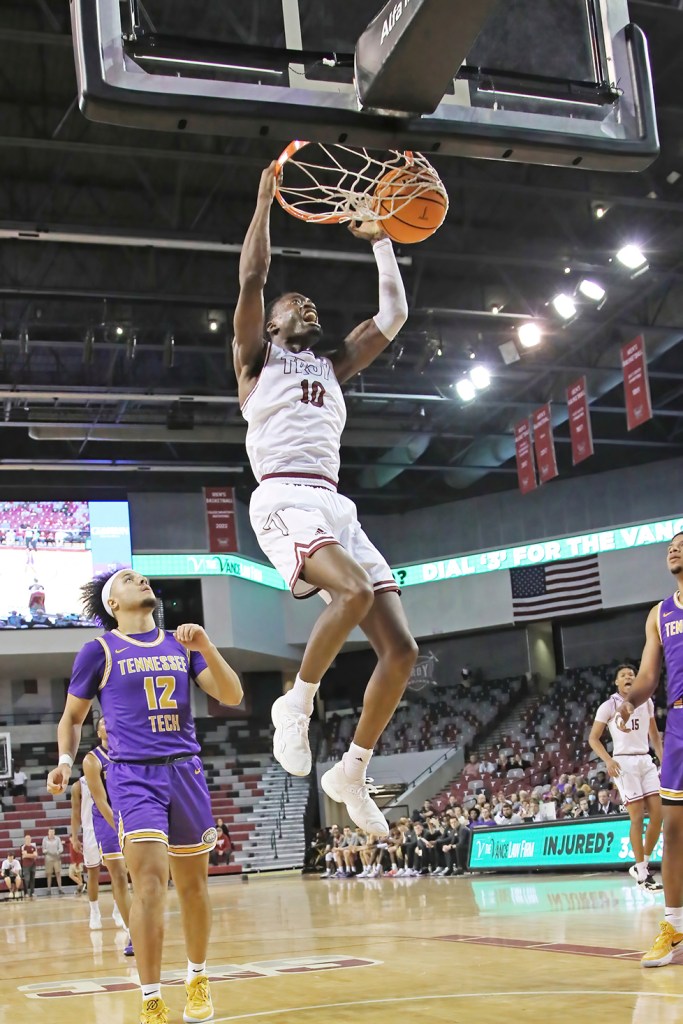 Tennessee Tech came out firing, scoring six straight points, to go up 6-0 early before the Trojans erupted on a 15-0 run and led 43-30 at halftime. Tennessee Tech managed to cut the lead to 51-43 early in the second half but Troy finished strong, outscoring Tennessee Tech 44-34 in the half to secure the win.

Troy lost the rebound battle 32-30 to the Golden Eagles but Troy forced 19 turnovers and only turned the ball over nine times themselves. The Trojans also shot 57.6 percent from the field and held Mercer to 44.4 percent shooting.

“This was a great overall win for us, one of our best all-around performances all year,” Troy coach Scott Cross said. “There are obviously still things we need to clean up and get better defensively, but I felt like our guys kept their foot on the gas pedal.

“We’ve had a trend where we play a good first half, and then we go through a low point in the second half, but our guys were able to extend the lead. I’m most proud of the fact that we had 17 assists with only nine turnovers and 11 steals compared to nine turnovers, which says a lot about our defense. We got guys flying around and creative havoc. Then, to shoot 57 percent shows we were being unselfish and making our teammates better, great overall team victory for our guys.”

Troy is back on the road at Southeast Louisiana this Saturday, Dec. 17, at 1 p.m.