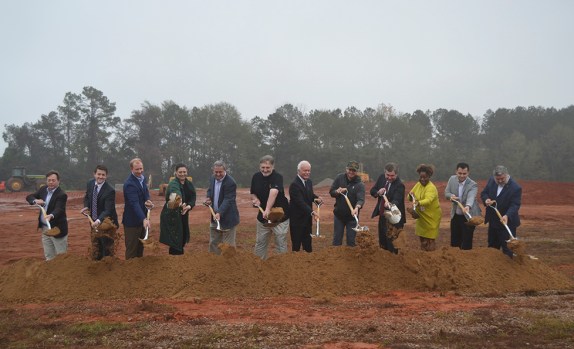 The groundbreaking for Baumhower’s Victory Grille was held on Dec. 12. (Photo by Josh Boutwell) 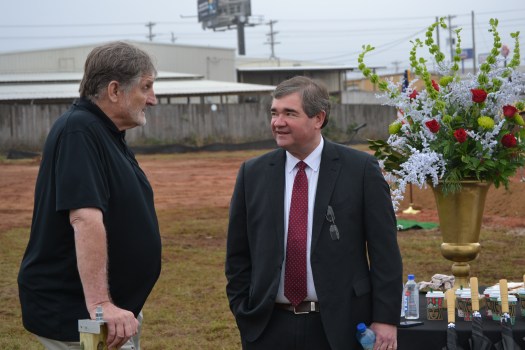 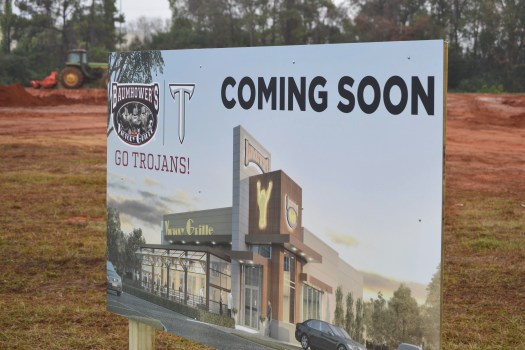 Baumhower's Victory Grille will be located adjacent to Publix in Troy. (Photo by Josh Boutwell) 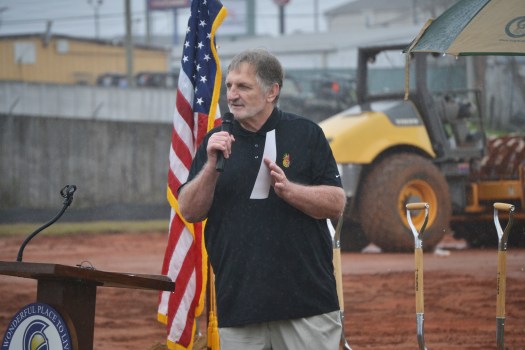 Some rainy weather couldn’t dampen the groundbreaking ceremony held at the future site of Baumhower’s Victory Grille in Troy on Dec. 12.

Members of the state government, Troy City Council, Pike County Commission, City of Troy employees, Pike County residents and representatives from Baumhower’s Victory Grille were all on hand for the groundbreaking ceremony.

“We are so excited to be here,” Baumhower’s founder Bob Baumhower said. “It’s been a pretty long road to get here and we’ve worked with some great folks to get here from Mayor (Jason) Reeves to the City Council, Troy University and all the folks in Troy. 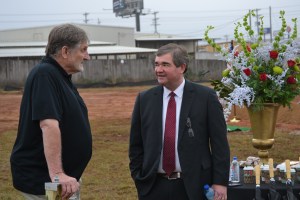 Baumhower’s vision to come to Troy started with his son, Wes Baumhower, who attended and played football at Troy University.

“I started coming up to see him and spending time here and he was the first one to come and talk to me about it,” Bob Baumhower recalled. “He said, ‘Dad, I think Baumhower’s would do great in Troy,’ and the more I got to know the people of Troy and come up here, the more I agreed with him and we’ve been working for quite awhile to get it done.”

Reeves said that Baumhower approached the city about coming to Troy and the city worked to make it happen.

“We’ve worked on it a long time,” he said. “This property came to be back when we did the Publix development and we were looking for special places to go here and Baumhower’s is one of those places.

“They approached us and said they were interested in Troy and Bob has such a great reputation in the restaurant business. Especially when you have a Division-I athletic program, having a Baumhower’s Victory Grille is a great thing to have with that.” 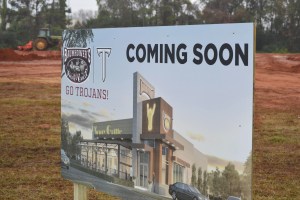 Baumhower’s Victory Grille will be located adjacent to Publix in Troy. (Photo by Josh Boutwell)

Baumhower – a native of Palm Beach Gardens, Fla. – moved to Tuscaloosa his senior year in high school and went on to become an All-SEC defensive lineman for the legendary Paul “Bear” Bryant at Alabama before becoming one of the best defensive lineman in the NFL during the 1970s and 1980s. Baumhower earned All-Pro honors in the NFL in 1979, 1981, 1982, 1983 and 1984 as a member of the Miami Dolphins. Following his football career, Baumhower founded Baumhower’s Victory Grille, which is now one of the most successful sports themed restaurants in Alabama.

“We were the first restaurant in the state to introduce Buffalo-style chicken wings and we had to give them away at first, because people just didn’t even want to try them,” Bob Baumhower recalled. “Now, we’re celebrating our 40th Anniversary. We work really hard to bring great experiences to our customers. You can come here and watch a game and have a good time or just come here and enjoy the food and great hospitality.” 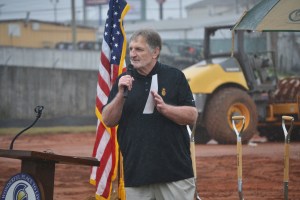 Baumhower said that the goal is to have the restaurant open by July or August of 2023. Troy’s Baumhower’s will be located adjacent to Publix. Reeves said having a restaurant like Baumhower’s coming to Troy is big for the city.

“I think there is a great deal of excitement,” Reeves emphasized. “Having a regional sit-down restaurant very close to (Highway) 231 is something we were missing.

“We have had a lot of questions about a sports-themed wing joint and I don’t think you can do any better than Baumhower’s. It’s great for a college town and a community with a 4-lane U.S. Highway and it’s great for the local economy.”