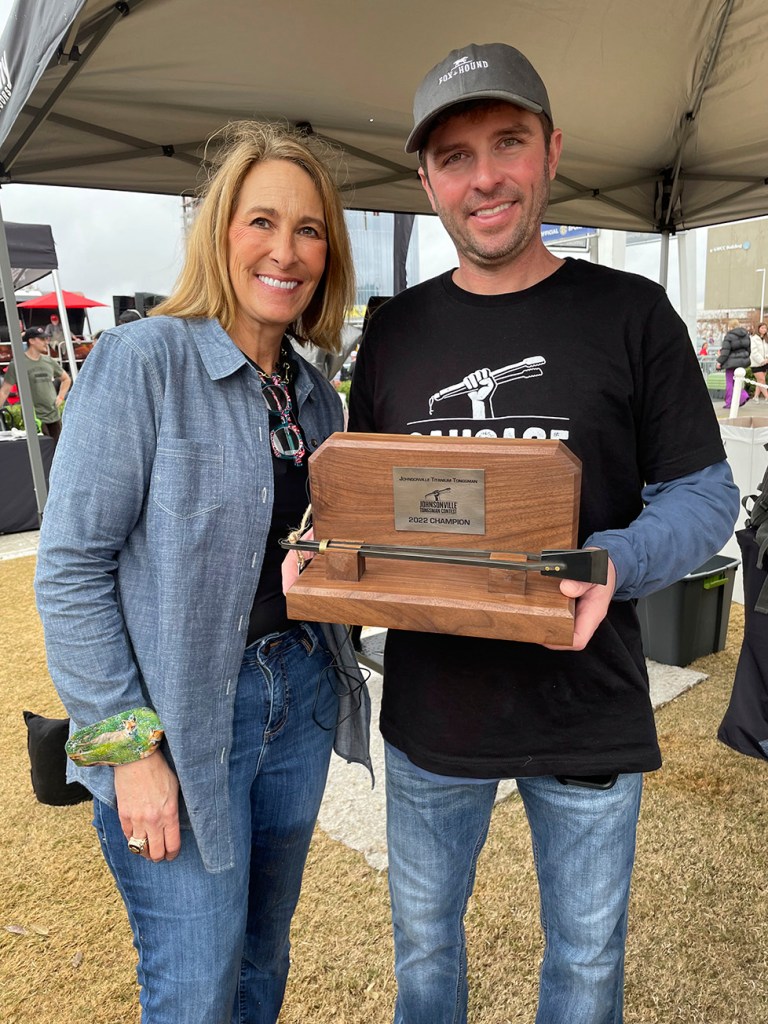 Johnsonville selected two contestants – out of 100s of entrees across the country – to compete in the nationwide sausage recipe contest during SEC Championship weekend. Albright was selected for his Seared and Braised Beer Brat recipe to face off against Maryland native Tom Rose and his Helen G. Rose Ultimate Sausage Sandwich. Alright’s recipe ended up getting the win, making him the Titanium Tongsman.

Albright, a Troy cattle farmer, started his Iron Fire Cooking Instagram page a year ago to show off his cooking ability and it’s taken off from there.

“I own some cattle and my wife doesn’t really cook, so I end up cooking everything,” Albright said. “She said, ‘Why don’t you make an Instagram page’ and next thing we knew six months later it exploded. We’re really just taking a slow walk up to steps with it. I create recipes and make content for businesses and also do product reviews and things like that.” 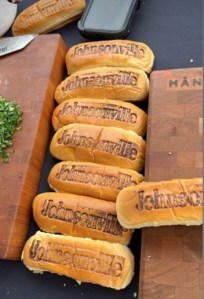 Albright’s “Johnsonville” branded buns gave him the edge in the contest.

Each of the contestants got the opportunity select a world-renowned chef to cook alongside in the contest. While Rose selected TV chef Kolby “Kash” Chandler, Albright went with 7-time world BBQ Champion Melissa Cookston of Hernando, Miss. Albright said it was their decision to brand the buns of his brats with the Johnsonville logo that sealed the win for him.

“I cooked a seared and braised brat and branded the bun with ‘Johnsonville’ and served it in a smoke dome chamber,” he said. “So, when the judges took the dome off, the smoke rolled out and when it cleared they could see the branded ‘Johnsonville’ bun. It was pretty neat, that’s what got us the win, the grand appearance of everything.”

Albright, who grew up in the China Grove community, said the experience was surreal and one he will never forget.

“It was unbelievable,” he emphasized. “Everything has really been taking off for me as far as my digital creation business on Instagram, and this is going to help us take it to the next level.

“To get to cook with Melissa Cookston was also a once-in-a-lifetime experience, considering she’s a 7-time World BBQ Champion. It was just a pretty humbling experience for me.”

Albright’s Iron Fire Cooking can be found at https://www.instagram.com/iron_fire_cooking/.