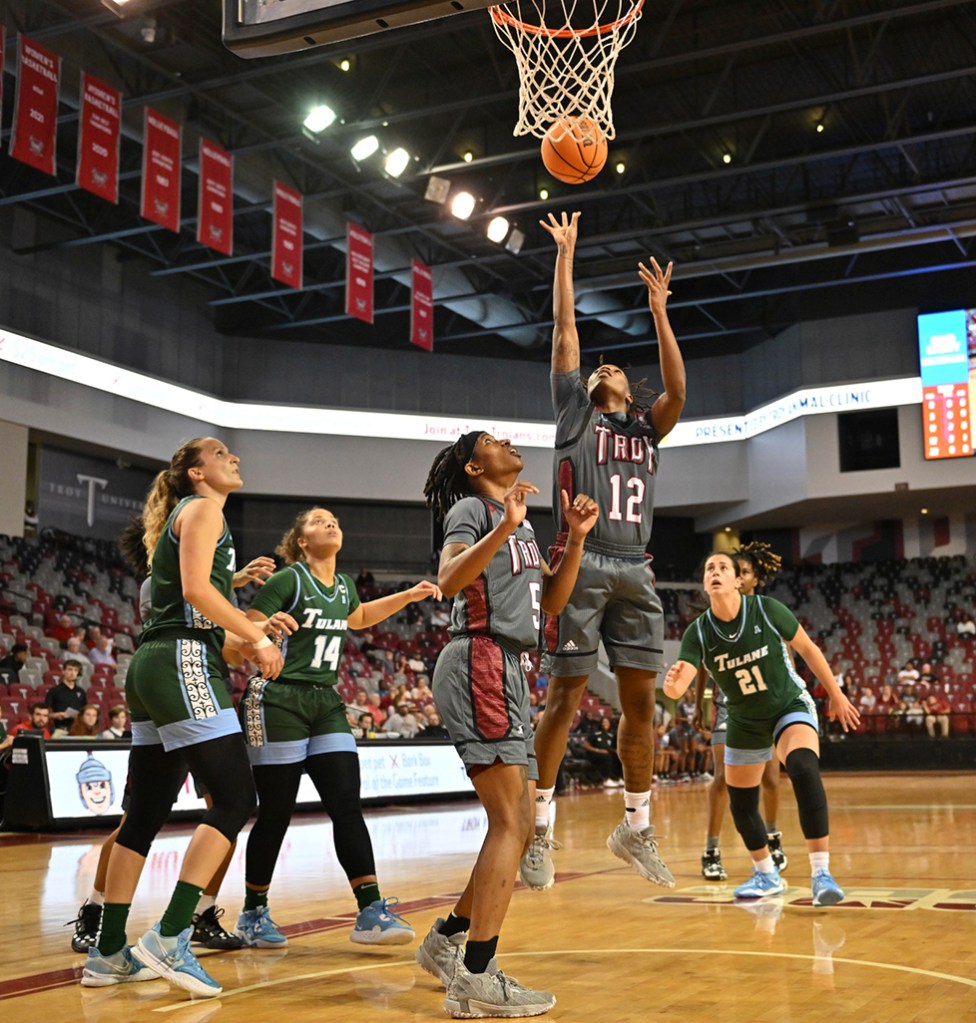 Troy got down early 24-17 in the first quarter but came soaring back in the second quarter and took a 44-41 lead into halftime. The Green Wave, though, dominated the third quarter and Troy went into the fourth quarter trailing 74-56. The Trojans then went on a staggering 17-1 run to close out the period and tie the score at the end of regulation.

Nia Daniel knocked down a layup with 30 seconds left to cut Tulane’s lead to 84-83. Tulane extended the lead to 85-83 with a free throw with three seconds left but the Green Wave missed the second free throw. Daniel grabbed the rebound and Troy called a timeout.

On the inbounds pass, Jada Walton dished a near full-court pass to a streaking Daniel, who beat the buzzer with another layup to tie the score 85-85 and force an overtime.

Once again, Tulane held a 92-89 lead with just nine seconds remaining in overtime. Troy’s Ja’Mia Hollings drilled a three-pointer to tie the score 92-92 with three seconds left to send the two teams into a second overtime. Tulane managed to outscore Troy 11-8 in the second overtime to secure the win, though.

For Tulane, Marta Galic had 21 points and Rachel Hakes had 20 points. Both Dynah Jones and Kahia Warmsley scored 18 points each.

The Trojans remain at home this Saturday for a matchup with Mercer at 2 p.m., which will stream live on ESPN+.