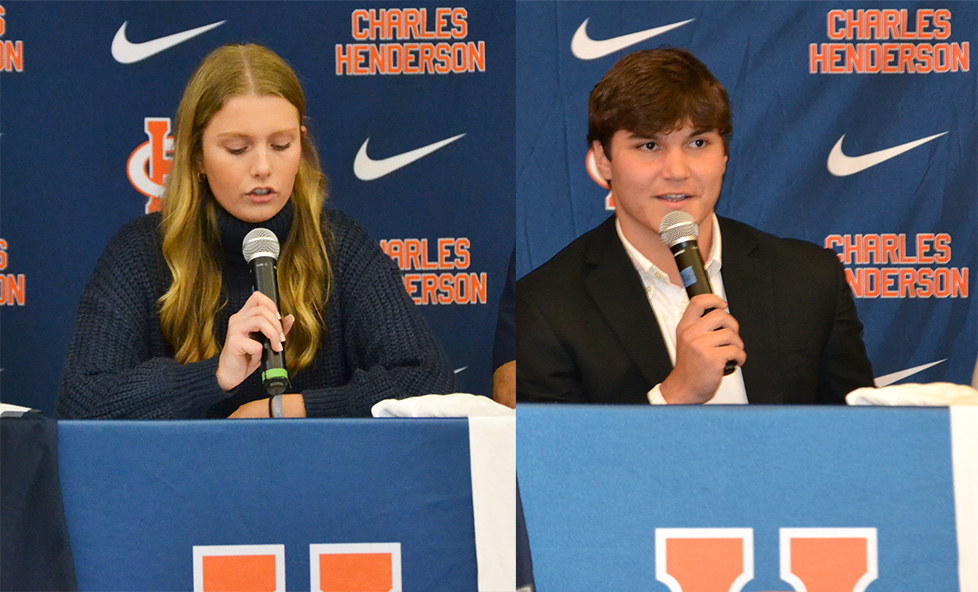 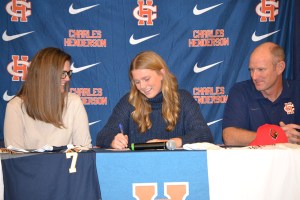 Sparrow is coming off a junior campaign in which she earned a .267 batting average at the plate with a .362 on-base percentage. She tallied 31 hits, five doubles, two home runs, 17 RBIs and 18 runs on the season. In the circle, Sparrow pitched a team-high 97 innings with a 3.031 ERA and 82 strikeouts. Sparrow also held a .938 fielding percentage with 31 putouts, 44 assists and one double play last season. She’s earned .302 batting average during her entire career and mowed down 158 batters with a 2.87 career ERA, as well. Sparrow is expected to be one of Charles Henderson’s senior leaders this season.

“Even though I haven’t been her coach for very long, I did coach her in middle school, and as a coach we look to our seniors for leadership,” new CHHS softball coach Allie Singleton said. “Hannah and I have had some conversations over the past several weeks about leadership and she said, ‘Coach Allie, I’m a quiet person, that’s just my personality.’ She leads by example.

“We had some workouts over the last couple of weeks and Hannah – as a pitcher – said she wanted to take some middle infielding. Well, she wasn’t the only one that wanted to practice middle infield and what did she do? She doesn’t try to hog the show, when those girls got up there and wanted to try out for that spot she showed them how. I think that’s what you look for in a leader. Something that isn’t going to try and hog the show, someone that’s willing to help their teammates out and be a true team player.”

Sparrow got emotional when talking about what her father, James Sparrow, has meant to her.

“He means everything,” she said. “He is my best friend and he has done everything for me. I don’t think I could have done this without him.”

Sparrow pointed to the academics at Southern Union as being a big reason for her decision to play there.

“The academics there and the coach was great,” Sparrow said of Southern Union. “The coach was fun and she knows what she’s going to do and I enjoyed that a lot. I want to be a veterinarian when I get older and they have a great program that can get me into Auburn (University) and that really will help me.”

She emphasized that she wants to continue to lead by example for her teammates going into her senior season.

“I just want to play well and set an example and do the best that I can,” she said. “I want to have fun and set a good example for these younger girls and support them and I want them to support me, so we can be a great team.” 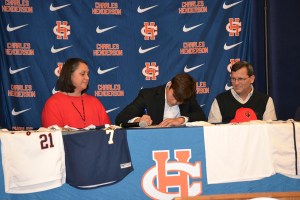 Templin is coming off a junior campaign that saw him boast a .309 batting average with a .436 on-base percentage. Templin earned 29 hits, four doubles, 13 RBIs, 30 runs, 18 walks and five stolen bases on the season.

“This is a great opportunity for him to go to the next level,” CHHS baseball coach Chase Smartt said. “Everything he does on and off the field, the way he carries himself, is about leadership. He holds himself to a high standard on the football field and the baseball field. I’m looking forward to seeing what he does in college.”

Gadsden State is restarting its baseball program and Templin is a part of the first baseball signing class at the school since 2011. While Templin called that fact “nice” he said he wasn’t the reason he wanted to play there.

“It just felt like the right fit for me,” he flatly said. “I love the coaches and I think they’re going to be great coaches and are doing a good job with discipline, which is what I need in a coach. That’s a big reason.

Templin, who has played seven different positions at CHHS, pointed to the coaching he’s received at CHHS as being a big benefit in his career. Chase Smartt played college baseball at Troy University, while assistant coach Mark Smartt was the longtime head coach at Troy and pitching coach Brian Meadows played Major League Baseball for a number of years.

“It’s been a blessing,” he said of his coaching. “Having those mentors along the way to lead me and have that experience I’m seeking is the best think I could imagine. I’m so thankful for those guys.”

Templin said he has just one goal for his senior season.