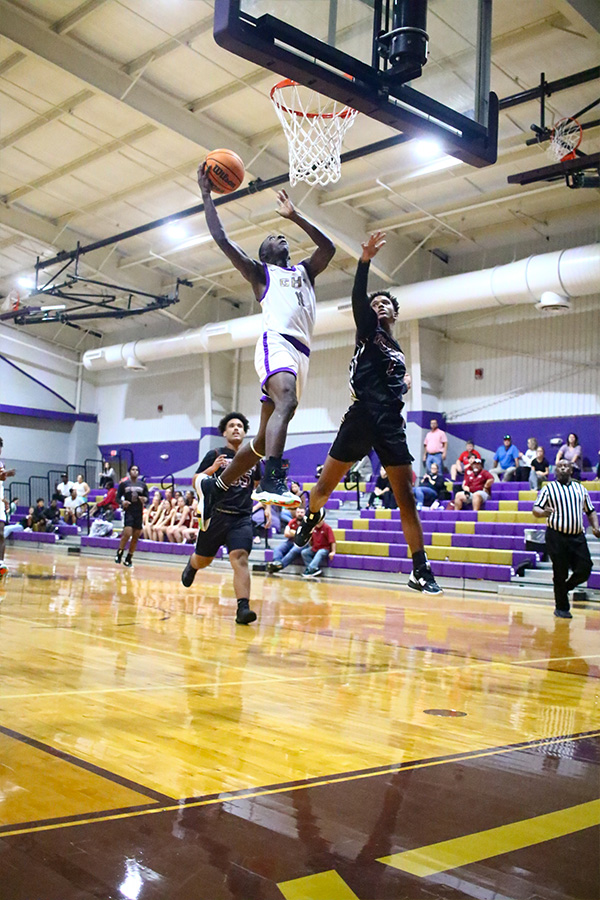 Szemerick Anderws and Goshen picked up a 50-37 win over New Brockton on Dec. 6. (Photo by April Brown/ABC Photography)

Goshen hosted the New Brockton Gamecocks and came away with a 50-37 win on the boy’s side with Jayden McNabb scoring 15 points for the Eagles. The girls team also picked up a dominant 41-16 win over New Brockton, as well.

Charles Henderson traveled to Montgomery and defeated the Carver Wolverines by a score of 77-70. The Trojans got off to a rocky start, falling behind 7-0 early in the first quarter, before CHHS got rolling and went on a 13-5 run capped off by a three-pointer from Jayden Spearman to give the Trojans a 13-12 lead with 1:31 left in the first quarter.

Charles Henderson extended the lead to 35-28 at halftime. The Trojans led by as many as 13 points in the third quarter but a barrage of Carver threes was able to get the lead back down to single digits before Charles Henderson stretched it back out to 12 points late to secure the win.

The Trojans shot 52 percent from the field in the win and won the rebound battle 35-33, while also forcing 13 turnovers.