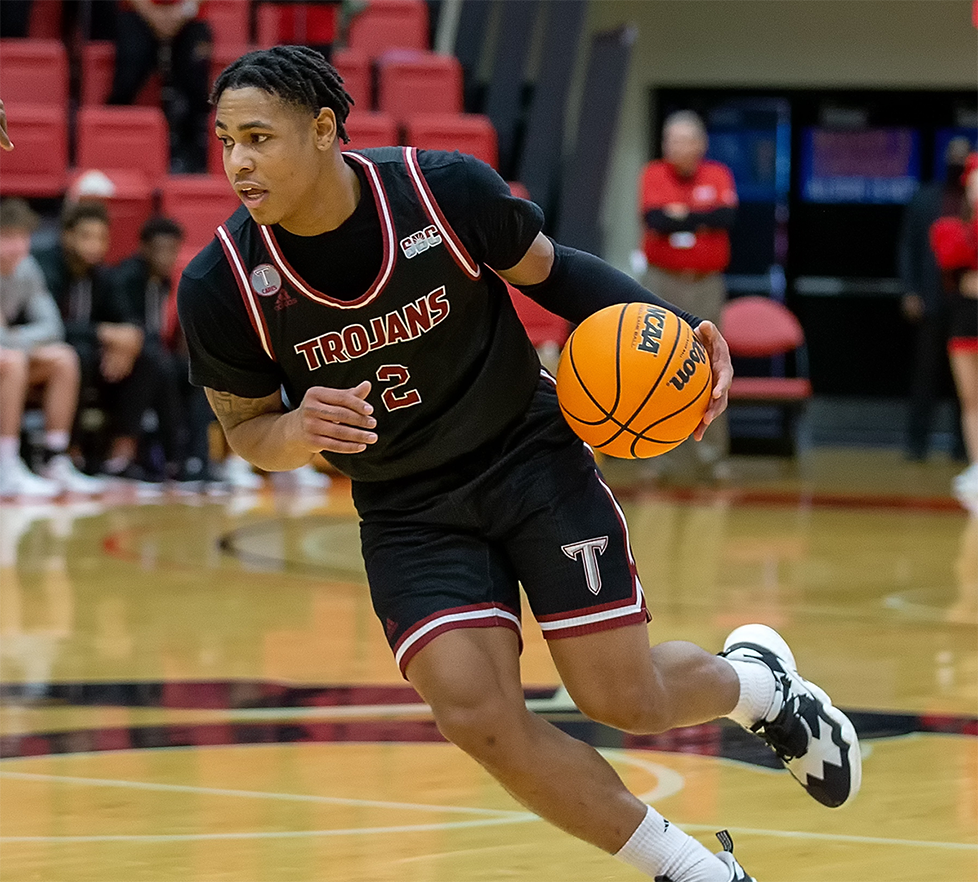 The matchup with San Diego State was Troy’s second game in a week against a Top 25 program, including last week’s loss to No. 9 Arkansas. Just like in the Arkansas game, the Trojans hung tough and slugged it out with the Aztecs until falling in the final minutes.

Troy started off cold against San Diego State, missing its first seven shots and falling behind 7-0, before the Trojans rallied with a 15-4 run to take a 15-11 lead. Troy would eventually take a 33-29 lead into halftime, as well.

Against Arkansas, Troy led by double digits at times but a 17-0 run late in the game led to the Trojans’ downfall. Another late run cost Troy against San Diego State, too.

Troy led by as many as eight points in the second half but the Aztecs went on an 11-0 run to finally put San Diego State back ahead 50-47 with 6:37 left in the game. The Trojans cut the lead to one point with just over four minutes left but San Diego State outscored Troy 10-6 in the final four minutes to secure a hard-fought win.

“We missed some bunnies (layups). We didn’t execute well off timeouts late and just missed open shots down the stretch,” Troy coach Scott Cross said. “They are the toughest team we will play defensively all season long. We knew it was going to be tough to score, but we missed some easy layups, which cost us.

“There are no moral victories, but we did get better, and I’m proud of how our guys fought. We played hard and we played together. We just have to learn how to finish basketball games.”

Troy will look to bounce back – and break a three-game losing streak – at home this Saturday in a doubleheader alongside the women’s team. The men will host Tennessee Tech at 4:30 p.m., while the women will battle Mercer at 2 p.m. in Trojan Arena.