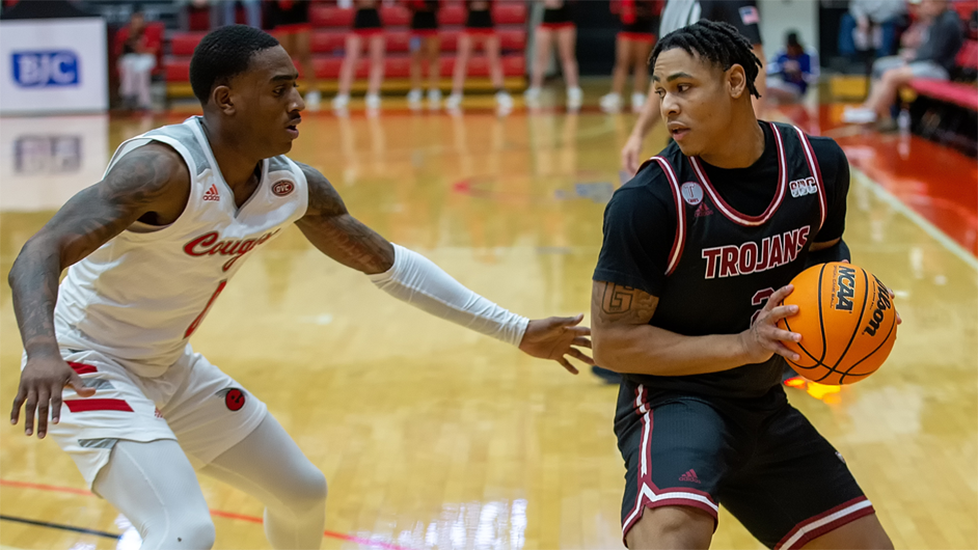 The Troy Trojans (6-3) men’s basketball team hit the road on Saturday and dropped a tough matchup to the SIU-Edwardsville Cougars (7-2) in Illinois by a score of 78-72.

The loss to SIUE marks the first time this season the Trojans have lost back-to-back games and it was the Cougars’ sixth straight win. Troy was decimated by fouls in the contest, with four Trojans fouling out by the end of regulation. While the two sides traded leads and ties in the second half, an SIUE 6-0 run late in the game sealed the loss for the Trojans. Troy fell behind 11-2 early in the first half and had to claw its way back into the game.

Troy won the rebound battle 36-34 but gave up just as many offensive rebounds as the Trojans were able to grab. Troy also turned the ball over 17 times and shot 43 percent from the field in the loss.

“We just weren’t tough enough late,” Troy coach Scott Cross said. “They were the tougher team, and as I tell them every game, the toughest team always wins. We didn’t do the little things necessary to win.

“We gave up 17 offensive rebounds. That’s not our DNA. Turning the ball over as much as we did. That’s not what we do. We only created 14 turnovers, gave them offensive rebounds and let them hit free throws. We have to be tougher, and we bounce back. We let one slip but all credit to SIUE. They are well-coached and well-disciplined e got to get back to work. It’s a short turnaround, so we have to find a way to win one.”

Troy remains on the road tonight at San Diego State at 9 p.m. before heading home for a matchup with Tennessee Tech on Dec. 10 at 4p.m. in a doubleheader that will also see the women play Mercer at 2 p.m.