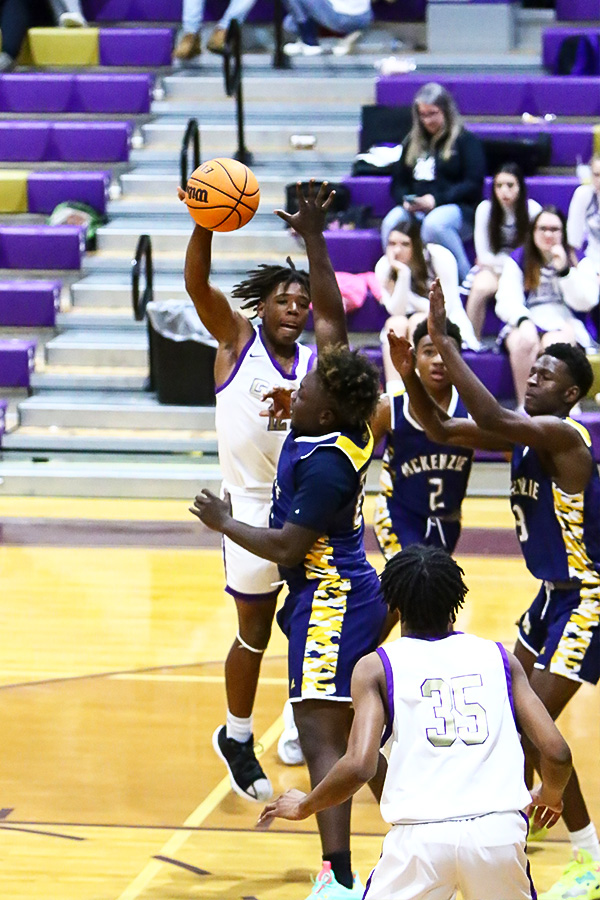 The Charles Henderson Trojans knocked off Marbury, on the road, by a score of 70-42 on Dec. 3. The Trojans took a slight 17-12 lead into the second quarter before exploding to a 33-15 lead by halftime. CHHS held Marbury to just three points in the second quarter.

Jayden Spearman leading the way with 27 points. Austin Cross added 16 points and Jy’won Boyd – fresh off his appearance in the Class 5A State Football Championship – scored 12 points in his first basketball game of the season.

The Lady Trojans also picked up a 43-29 win at Marbury, as KK Hobdy led the way with 20 points followed by Deanna Gosha with seven points.

CHHS travels to Montgomery to play Carver on Dec. 6 before facing Pike Road on the road on Dec. 15. 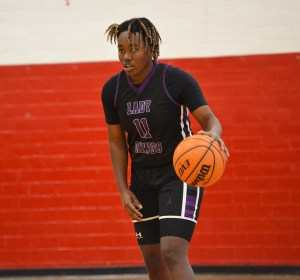 Auriel Moultry and Pike County picked up a win over Barbour County this weekend. (Photo by Josh Boutwell)

The Pike County Lady Bulldogs picked up a dominant 67-45 home win over the Barbour County Lady Jaguars on Dec. 2. Pike County jumped out to a 21-10 lead in the first quarter and maintained a 32-25 lead at halftime. The Lady Bulldogs took complete control of the game, outscoring the Lady Jags 19-9 in the period, and never looked back. Urriya Berry led PCHS with 16 points, while Amity White scored 15 points with six points in the third quarter. Taniyah Green scored nine points and Ivy White added eight points for the Lady Dawgs.

The Bulldogs dropped their home game with Barbour County by a score of 65-50, however. Chimarion Brown led PCHS with 16 points, while Markelis Hobdy added 14 points in the loss. Javarius Peterson scored 16 points for BCHS.

The Goshen Eagles also picked up a 55-45 win over Samson at home on Dec. 3. Jayden McNabb led the way for Goshen with 15 points, while Jacob Branch scored 19 points for Samson. The Lady Eagles dropped their matchup with Samson 51-17. The Lady Eagles picked up a 50-14 win over McKenzie on Dec. 1 at home, however, and the boys team fell to McKenzie 54-30.