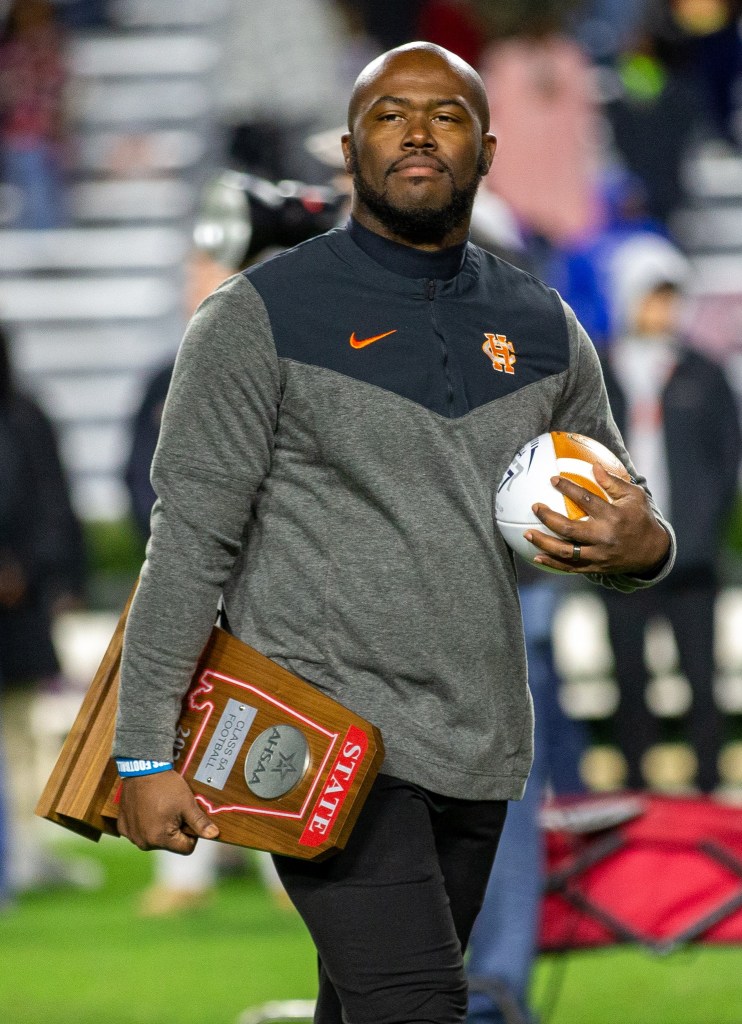 While it will take time for the sting of defeat to surpass, the Charles Henderson Trojans football team laid a foundation for continued success on the gridiron this season.

The Trojans came up short in the Class 5A State Championship on Dec. 1 but after missing the playoffs in back-to-back seasons, and not having a winning season since 2017, Charles Henderson went 12-2 and had a state title within sight.

The foundation that was laid this season, guided by a small group of seniors, will only benefit the program in the years to come. 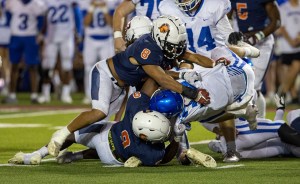 While Hambrite wants to give the credit to his players and coaching staff for the stark turnaround this season, his players make sure to point that it all started with the head coach. Earlier in the week, Adams expressed that it was seeing Hambrite’s energy coming to Charles Henderson that made him to decide to transfer to the school.

“I was at Pike Liberal (Arts) by freshman year and my cousin told me what was going on with a new coach,” Adams recalled. “I always wanted to come to Charles Henderson and I saw that Coach Ham was the new coach and I came to the spring game and saw his energy on the sideline, and it made me want to come be a part of it. He makes it fun and he also knows how to be serious.”

Boyd said that the Trojan players see Hambrite as “one of them” rather than simply a coach, as well.

“Coach Ham is a big child,” he said with a smile. “He’s really one of us and I feel grateful that he’s my coach. I feel like he has so much in common with us, his humor and everything. I just love him so much. He does so much for us.”

Hart, one of the CHHS senior leaders, continued to praise his coach after the state championship game.

“I forever owe this man for bringing me to an AHSAA State Championship (Game),” Hart emphasized. “I have never experience this in my life and never thought I would. He means the world to me, for real.

“He came in when we were a team that needed something new. He looked past our record and last year he told me that (a 2-7 season) would never happen again.” 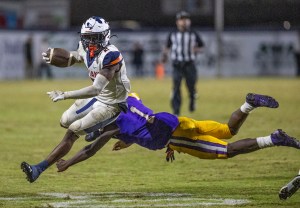 CHHS junior defender Jywon Boyd, 2, returns one of his three interceptions in Friday’s 34-7 win over Tallassee in the second round of the 5A state playoffs. (Photo by Dan Smith)

“Everyone talks about the senior leadership, they’re a lot of senior leaders on this team but looking at these two are, those are the leaders of the offense. These two right here,” he said of Boyd and Adams. “I love y’all boys, I really do and I hate I’ll never get to suit up again with y’all again.”

Adams said that he would use the pain that he felt losing the state championship as motivation moving forward.
“Losing the game was pretty hurtful, I threw two picks and I take the blame for it,” he said. “It feels like a knife in the stomach. I’m going to use it as motivation all throughout the spring and summer and work harder than I ever have and hopefully come back 10 times better.” 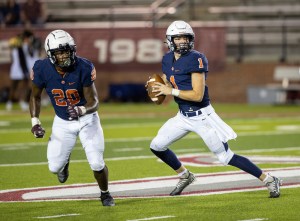 “The only thing I can really say is we’re going to have to build off this because it’s not a good feeling to come all the way to state, and putting in all the work during season, to come up short,” he said. “I feel like this is going to drive everybody and next year is going to be insane. We’re going to take things even more serious. Hopefully we can come back here and bring the blue map (state championship trophy) home. We have to bring it next year.”