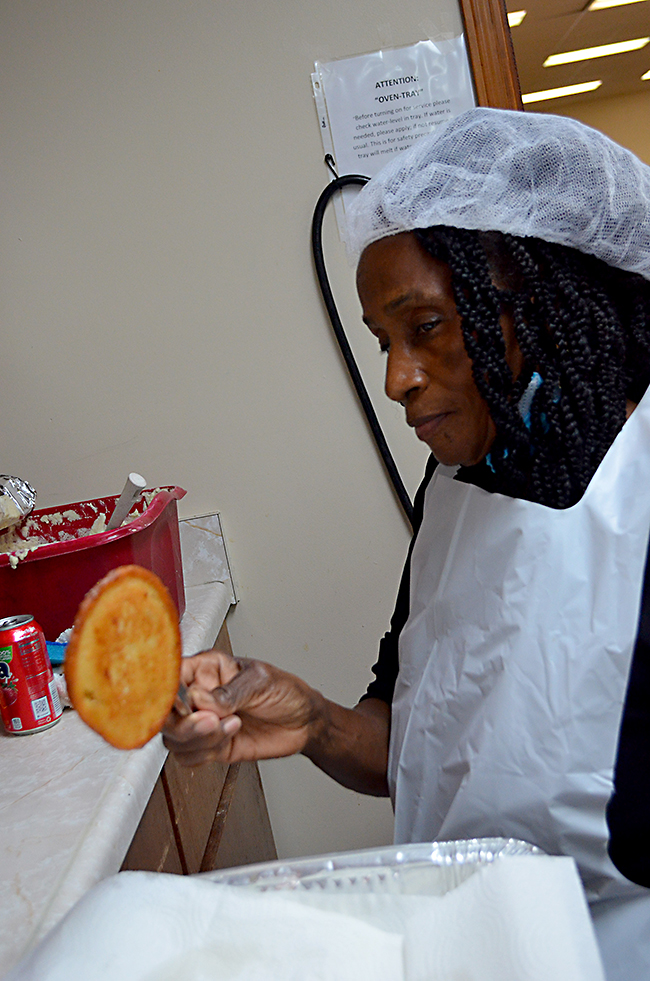 While the coming of Christmas is heralded with “the hanging of the greens.”

Thanksgiving is welcomed with fresh greens, black-eyed peas and the frying of cornbread.

And, those whose grew up on cold water cornbread are the envy of cornbread connoisseurs worldwide.

Ella Wheeler, of the Roeton community, is known far and wide for her cold-water cornbread, She has been frying cornbread for the Thanksgiving dinner for the sick, shut-ins and the elderly in Brundidge since its beginning. Many say that Wheeler’s cold water cornbread is “better than a T-bone steak.”

Wheeler agrees that cold water cornbread is good but insists that “any cold-water cornbread” is just that good. “And, there’s no secret to mine. It’s simple.”

“There’s no recipe,” Wheeler said. “Now, I do use Pollard’s fine sifted cornmeal, add water and an egg,” she said. “But, if you don’t want to use an egg, don’t. Put in a little butter and salt. Beat the mixture good. Really good. Make a big cornpone and fry it in hot crease but not hot enough to burn it.”

A lady from Georgia wanted to know how to make cold-water cornbread. Using, Wheeler’s recipe, it came out just right.

“I don’t know how you could mess up cold water cornbread,” she said, with a smile.

For those who have never eaten cold water cornbread, Wheeler said it’s easy to make and well-worth a try.

Note: During the holidays, The Messenger would like to highlight traditional family recipes. Those who would like to share a recipe are invited to drop it by The Messenger office, just off the Troy downtown square, or in the mail to P.O. Box 727, Troy, AL 36081.