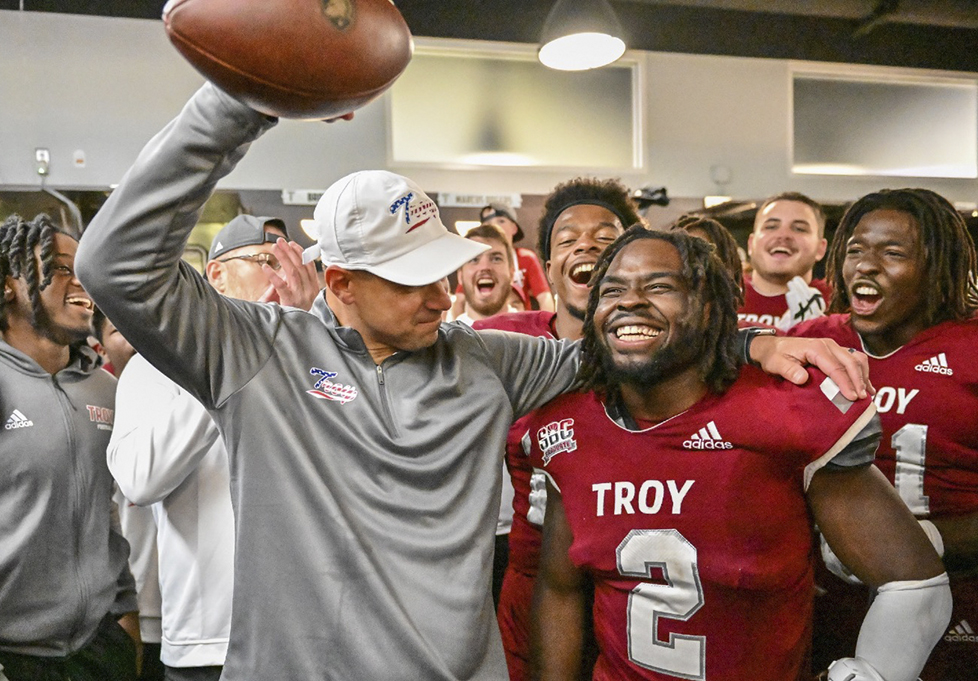 Martial broke the NCAA’s FBS career tackle record – along with Troy and the Sun Belt’s tackle record – this season, while Sumrall has guided Troy to its first 10-win season since 2018 and an appearance in the Sun Belt Championship Game for the first time in school history.

Sumrall has guided a turnaround at Troy that has seen the Troy go from three straight losing seasons to a 10-win season, a return to a bowl game and a chance to host the Sun Belt Championship for the first time in school history. 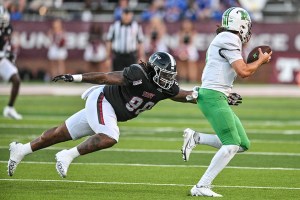 TJ Jackson (98) has been a force for the Trojan pass rush in 2022. (Photo courtesy of Troy University Athletics)