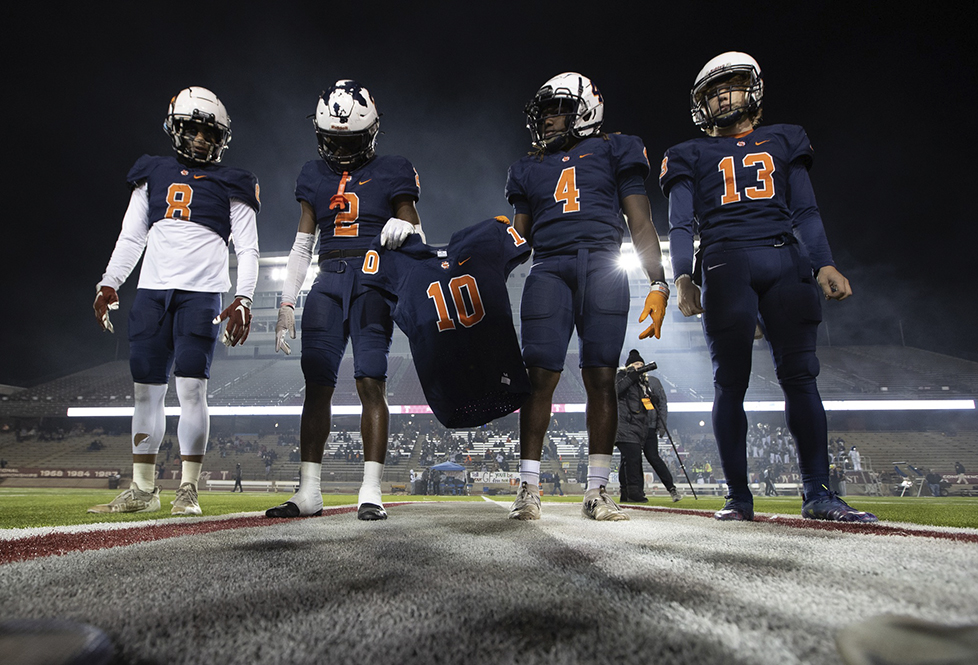 Demario Harris was an all-state defensive back for Charles Henderson High School before his tragic passing in 2014, but the popular Troy native’s memory and sprit lives on at his alma mater and with the 2022 Trojans.

On Nov. 3, CHHS and the City of Troy unveiled Demario Harris Field, the new name for the Trojans’ practice football field on campus at CHHS. The next night, Charles Henderson defeated Williamson in the first round of the Class 5A Playoffs. Harris’ presence was once again felt as the CHHS captains carried his familiar No. 10 jersey to midfield for the coin toss. 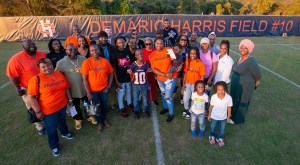 “I feel like even though I didn’t know Demario – or coach him – I feel like his spirit has been dwelling in our guys,” CHHS coach Quinn Hambrite said. “The type of guy I heard he was and the type of athlete he was, that spirit has been with us and the kids have embraced that No. 10 jersey. It’s very special.”

Harris’ connection to the 2022 Trojans also looms large as he was a starting linebacker for the 2013 Trojans, which is the last CHHS team to have reached a state championship game.

“Both Coach (Phillip) Jones and Coach (Marcus) Jones coached (Harris) and we also have a volunteer coach that was a part of that 2013 team that went to state,” Hambrite said.

Hambrite said that everything Harris represented is what the jersey has come to represent for his Trojans.

“That jersey symbolizes everything we’ve been through his year: resiliency, hard work, dedication and that state championship game,” Hambrite emphasized. “I’m really happy we embraced that No. 10 jersey and the naming of the field. We’ll continue to show homage to him and his family.” 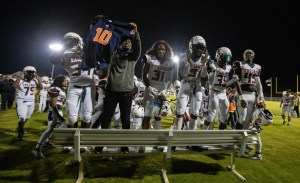 Charles Henderson’s captains carried the No. 10 jersey to midfield against Williamson and have continued to do so each week since then.

“It just felt right to do that after the dedication (of the practice field),” said Hambrite. “It just felt like the right thing to do and at the end of the day he deserves it and his family deserves to see that. It’s a special thing and as it progresses, it’s powerful for the kids and it’s really great to see how much they embrace it. Every week they’ll come to me and make sure I have the No. 10 jersey before the game.”

The Trojans will get a chance to carry Harris’ No. 10 jersey one more time on Thursday when CHHS battles Ramsay for the Class 5A State Championship.