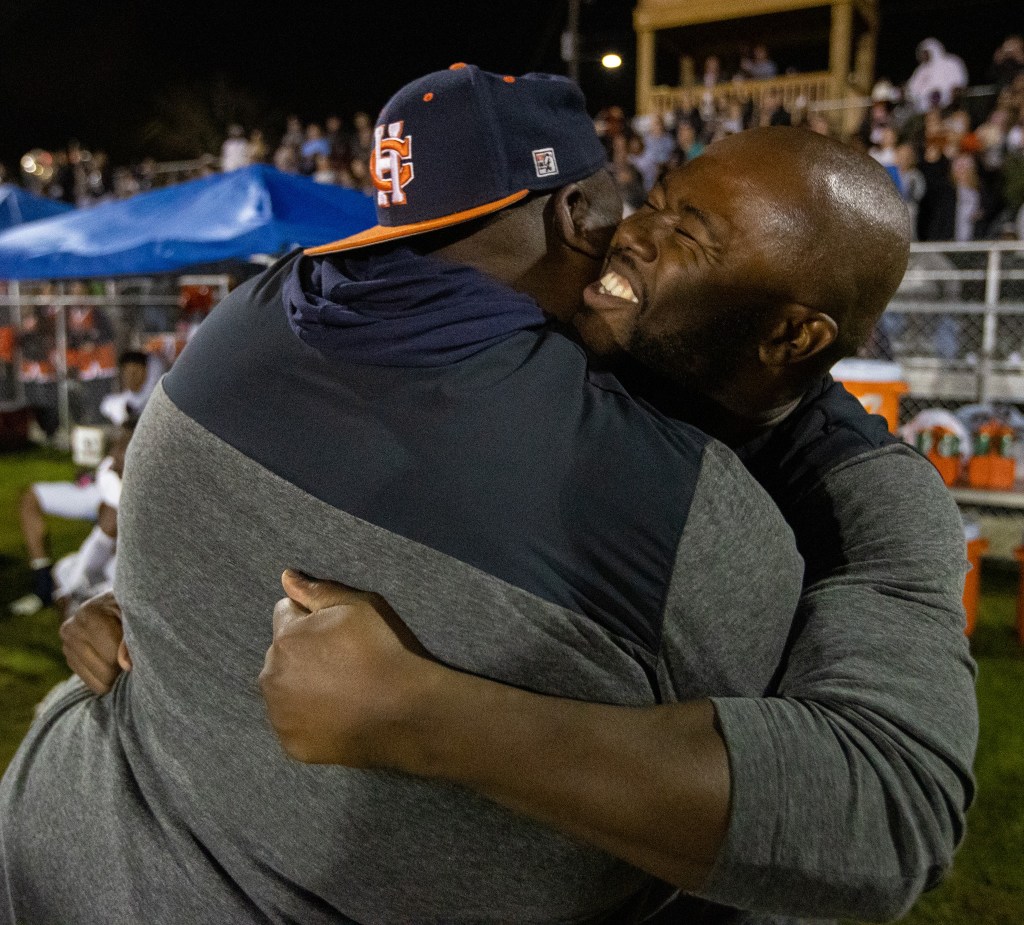 Charles Henderson High School football coach Quinn Hambrite knew his team could be special when he arrived but didn’t know just how special it could be, this quickly.

Hambrite was hired by Charles Henderson in February 2021 to take over a football program that won just one game in 2020 and had not won a playoff game since 2014.

“The faith I have in myself, I knew we would turn it around,” Hambrite said. “That’s just how I felt, personally. I didn’t give myself a timeline (for a turnaround) when I got the job, because I didn’t know what type of athletes we even had.”

When Hambrite saw just how young the players in the CHHS football program were, he knew he had work to do.

“In that first football meeting I was like, ‘Oh my God, this is going to be long.’ I said that I had to recruit the school, so I recruited a few basketball players,” Hambrite recalled. “They decided to come play for me and I knew that those older guys could help us and hold us over for these young guys that aren’t ready to play. I still had a bunch of ninth and 10th graders that weren’t ready to play that had to but they weren’t all thrown out there immediately.”

The 2021 squad improved on its win total but only by one win and it wasn’t hard for Hambrite to diagnose the biggest problem. The White Hall native served as defensive coordinator and strength and conditioning coach at Carver-Montgomery from 2018 until 2020. So, he took over the weight program at CHHS.

“When I took over the weight room we got stronger and the talent we had last year was already good,” Hambrite emphasized. “This is pretty much the exact same team from last year, the only difference is they are a year older and stronger.

“We were babies last year and I knew we would be pretty good for the next 2-3 years. If that was a senior heavy team (in 2021) I would have been pretty skeptical about this year.”

Hambrite said both the strength and maturity of his Trojans improved.

“Maturity, experience and the weight room were the biggest differences,” he said. “We were weak last year. We didn’t have a single lineman that could bench press over 225 (pounds) but now every single lineman we have does.

“Some of them are (bench pressing) in the 300s now, that’s a big difference. If you can’t move people off the line you can’t win many games. That was the biggest key above all else.” 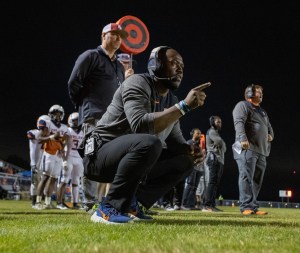 Charles Henderson will play Ramsay in the Class 5A State Championship this Thursday. (Photo by Dan Smith)

Hambrite has been saying since last spring that he believed his team could have a big year but he knew it after week one.

“The first (regular season) game of the season,” Hambrite said emphatically when asked when he knew his team could be special. “Against Pike County, I felt like we should have dominated the game but I also felt like it was still progress. Against Mary Montgomery (on Aug. 26), with less than two minutes left on the clock, we drove the ball down to score and win.

“I knew we would be special then because of the resilience they showed. Last year, that game would have been over because we were down with two minutes left. When we drove down the field, ran the ball something like 16 times over the course of 80 yards, I was like, ‘Yeah, we’ll be good this year.’”

Hambrite said that his Trojans embraced the underdog status that was laid on them in the third and fourth rounds of the playoffs, as well.

“Nobody expected us to be here but us,” he flatly said. “As the season progressed I knew we would make a run and as we progressed people from other schools we played were telling us we could win it all.

Since Charles Henderson defeated Faith Academy in the semifinals last week, players from both the 1980 State Championship team and the 2013 state runner-up have taken to social media to congratulate the Trojans, as well as reaching out to coaches and players privately.

“When the people in front of you make it and they show homage to you, you want to make them proud. It feels really good,” said Hambrite. “You want to do it for the 2013 team and for that 1980 team. I hope they all come (to the game) and have their own section where we can see them.

“I hope they show up and we can point to them and they can point down to us, I think that moment would be special. If someone could spearhead that it would be awesome. I really want to see those guys from that 1980 team and 2013 team there. It would mean a lot to me and for our players.”