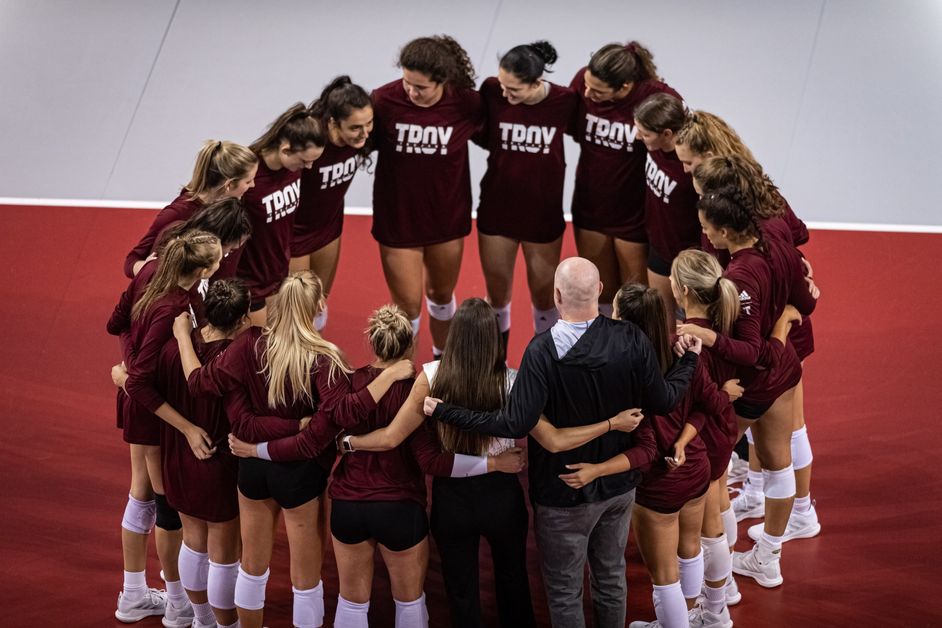 On Nov. 27, the Troy Trojans were selected as one of the host schools for the first round of the National Invitational Volleyball Championship (NIVC) Tournament, which begins this week.

This is the third consecutive year that the Trojans earned a spot in the NIVC, also hosting last season. The NIVC is an annual volleyball tournament sponsored by the American Volleyball Coaches Association (AVCA)that allows for teams that missed out on the NCAA Tournament a chance to compete in postseason action.

The NIVC began in 1989 and continued through 1995 before taking a hiatus and returning in 2017. All tournament matches are held on-campus at schools competing in the tournament. Among the teams, eight schools are selected to host first and second round matches, with quarterfinals, semifinals and the championship game also being held on-campus of competing schools.

Troy will host its region of the bracket, with first round matches beginning on Dec. 1. At Troy, Alabama State will play Southern Miss at 3 p.m. with Troy and UT-Martin following. The second round match will also be held at Trojan Arena at 5 p.m. on Dec. 2.

Gather your bells, whistles and shakers to celebrate today