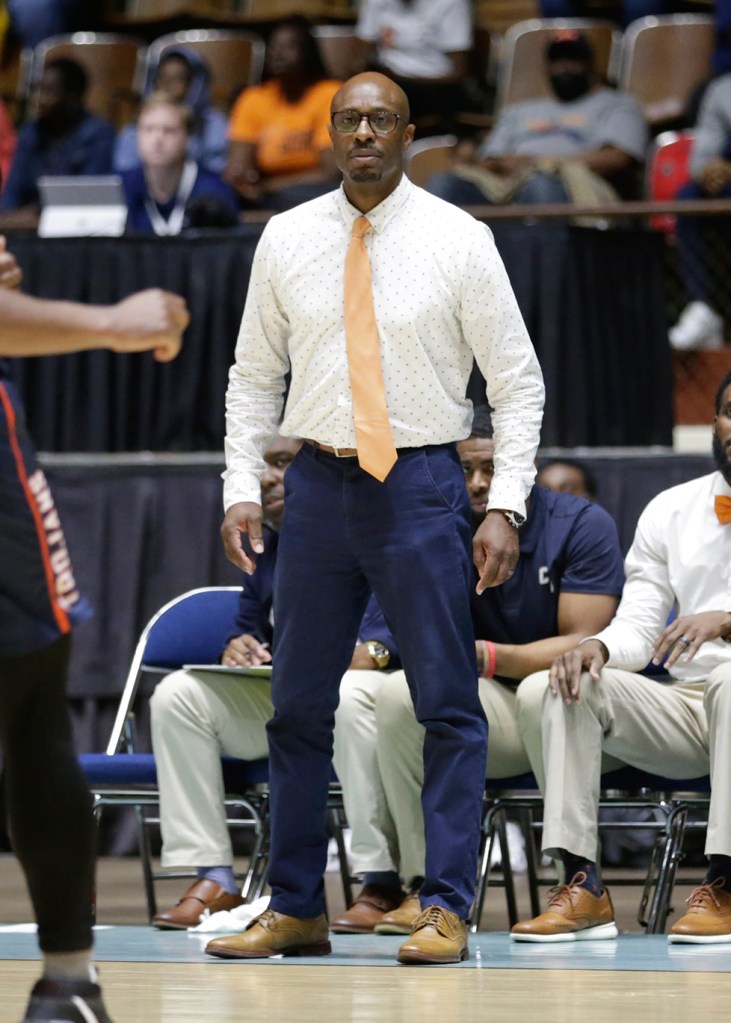 The Charles Henderson Trojans are in Thompson this week, competing in the Thompson Thanksgiving Boys Basketball Tournament.

On Monday, the Trojans dropped their first game in a tough 69-65 loss to Class 7A’s Auburn. The Trojans jumped out to a 24-17 lead in the first quarter and held a slim 43-37 lead at halftime. The Tigers, however, dominated the third quarter, and took a 57-51 lead into the fourth quarter. Charles Henderson cut the lead by three multiple times in the fourth quarter but couldn’t draw any closer.

CHHS followed up with a wild 74-73 loss to Class 6A Northridge High School on Tuesday, despite trailing big early. Spearman knocked down a three-pointer to start the game, but Northridge then on a 14-0 to take a big lead. Charles Henderson responded with a 12-0 run of its own and trailed just 22-18 going into the second quarter. CHHS further cut the lead to just two points in the second quarter and trailed 40-38 at halftime.

Charles Henderson started to take control in the third quarter and earned its first lead since the first seconds, leading 59-55 going into the fourth quarter as Spearman drilled a three at the buzzer.

The fourth quarter was a slugfest between the two sides, with the two trading leads back-and-forth throughout the final eight minutes. Northridge, trailing by one point, hit back-to-back shots to take a 73-70 lead with just 47 seconds left. Cross then buried a deep three with 28 seconds remaining to tie the score. Northridge converted 1-of-2 free throws with just three seconds remaining to secure the 74-73 win.

Charles Henderson wrapped up its appearance in Thompson with an 83-61 win over Pensacola High School (Fla.) on Wednesday to finish 2-1 at the tournament. The Trojans jumped out to a 20-14 lead and led 34-27 at halftime. CHHS extended its lead to 58-40 going into the final period and outscored Pensacola 25-21 in the fourth.

Cross had another big day with 33 points, while Spearman added 13 points. Both Tyler Carlton and Bradley Prestwood scored 10 points for CHHS. Brian Harns had 22 points for Pensacola.