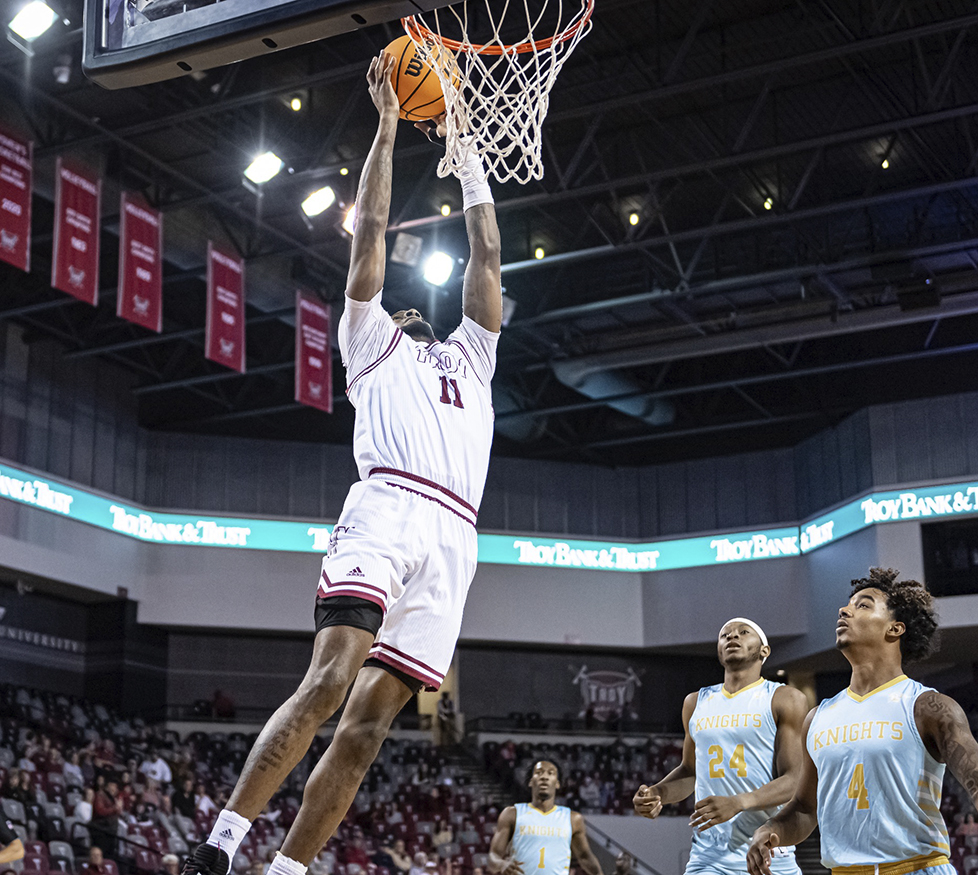 The Troy Trojans (6-1) kept their hot start to the season going on Tuesday night with a 118-61 win over the Southern-New Orleans (SUNO) Knights (2-6) and Nelson Phillip tied the NCAA record for steals in a game in the process.

Phillips had a career night with 22 points, eight assists, one block, eight rebounds and an NCAA-record 13 steals. That steal total not only ties Mookie Blaylock’s 1988 NCAA record, but it shatters both the Troy and Sun Belt Conference record for steals in a game, as well.

“It was a good overall performance tonight from our guys. I think the night belongs to Nelson Phillips, though,” Troy coach Scott Cross said. “He tied an NCAA record for steals in a game with 13 and I don’t think I had 13 steals in my entire career.

“It was just amazing to watch him fly around and create chaos defensively. He was so close to a quadruple double. He was plus-61 in his 27 minutes on the floor, which is an outlandish stat.”

Troy will get to enjoy some Thanksgiving rest before hitting the road to match up with the SEC’s No. 9-ranked Arkansas on Nov. 28 at 7 p.m. in a game that will air nationally on the SEC Network.