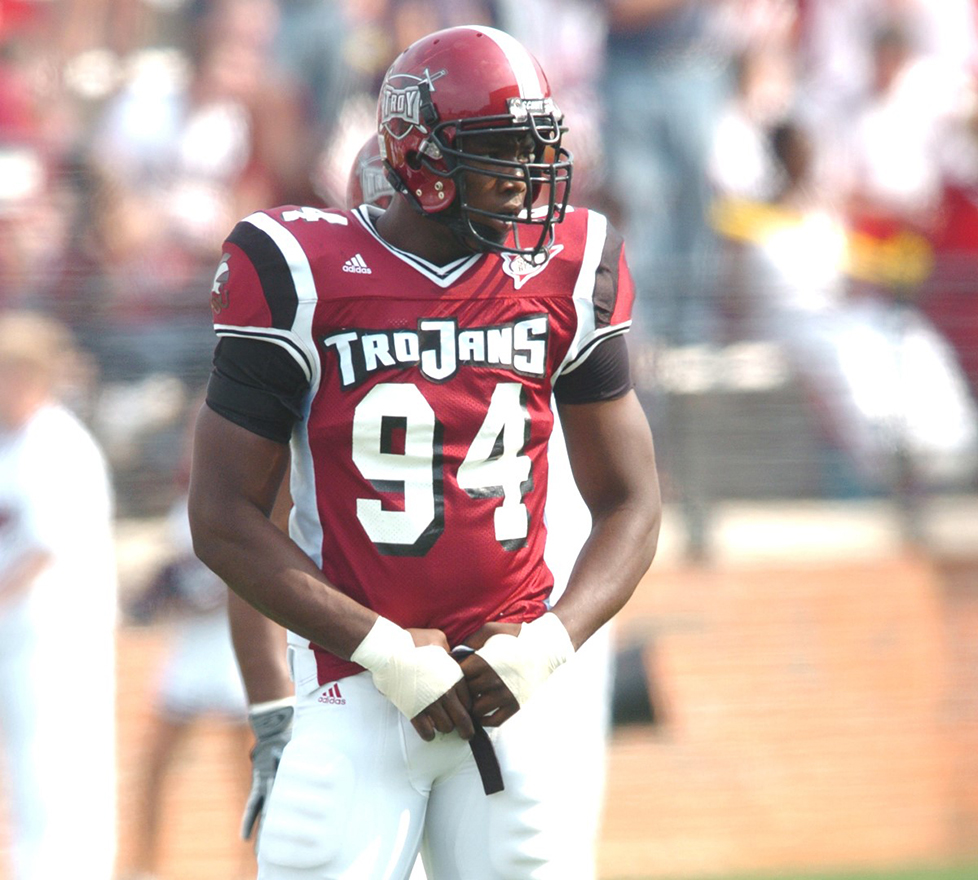 Legendary Troy University football star Demarcus Ware was selected as one of 28 modern-era semifinalists for the Pro Football Hall of Fame’s Class of 2023.

This is Ware’s second year as a semifinalist for the honor and he advanced to the finalist stage last year, as well. Ware, an Auburn native, played college football at Troy, where he was a two-time All-Sun Belt defensive lineman and the 2004 Sun Belt Defensive Player of the Year. Ware ended his Troy career with 201 tackles, 27.5 sacks, 55.5 tackles-for-los and 74 quarterback hurries.

His tackles-for-loss rank first in school history and his sacks are second in school history. Ware was selected as a member of the Sun Belt Conference All-Decade Team for the 2000s and has already been inducted into the Troy University Sports hall of Fame and Senior Bowl Hall of Fame. 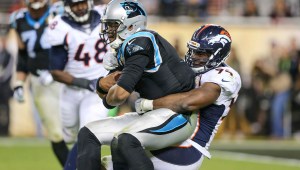 Ware’s collegiate success translated to the NFL, as well. He was selected in the first round of the 2005 NFL Draft by the Dallas Cowboys and played there for eight seasons, earning four first-team All-Pro honors, three second-team All-Pro honors and seven Pro Bowls. He also won the NFL’s version of the Butkus Award twice, led the NFL in sacks twice and was selected as a member of the NFL 2000s All-Decade Team. Ware played in his final three NFL seasons with the Denver Broncos, where he earned two more Pro Bowl appearances and won a Super Bowl in 2015.

Ware ended his NFL career with 654 tackles, 171 tackles-for-loss, 138.5 sacks, three interceptions and 35 forced fumbles. He currently serves as a pass rush consultant for the Broncos.