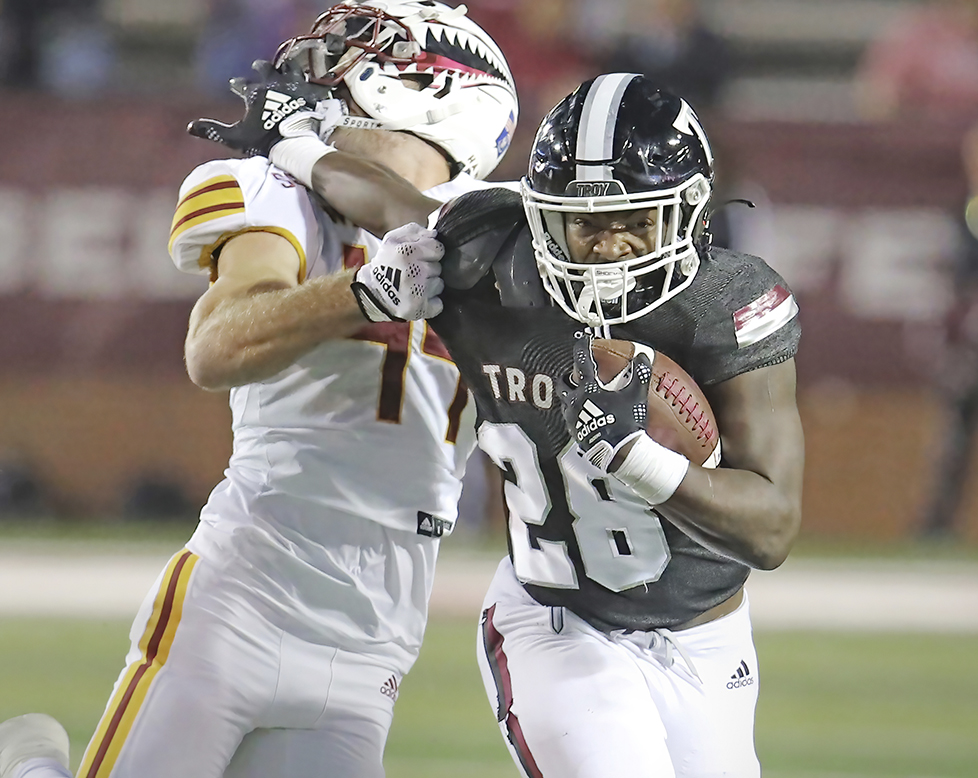 On the heels of his historic performance against ULM on Saturday, Troy running back Kimani Vidal was named the Sun Belt Conference Offensive Player of the Week.

Vidal rushed for a career-high 242 yards and two touchdowns on 28 carries with the yard total marking the second-highest rushing total in school history. Vidal came just two yards shy of tying Eddie Brundidge’s 1986 record of 244 yards. It was also the 20th most rushing yards in a game in Sun Belt history. Vidal’s 8.3 yards per carry is the best average for a Trojan with at least 20 carries since 2000.

Vidal currently ranks seventh in the Sun Belt with 798 yard and five touchdowns on 156 carries.

“He’s a walk on and has set the tone with his effort and energy this season and I’m very proud to see how he’s helped our team,” Troy coach Jon Sumrall said of Butler. “We talk a lot about better people making better players and John has done a lot of things on the field and off the field the right way and has had a huge influence on our team.”