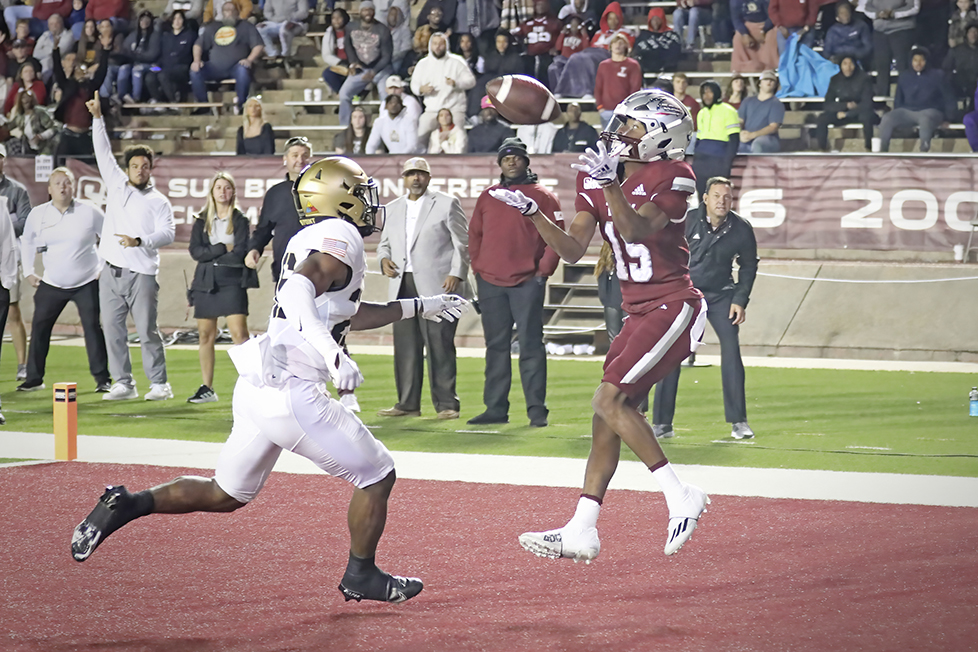 The Trojans continue to sit in first place of the Sun Belt West with South Alabama nipping at their heels, making the final two Sun Belt Conference games of the season that much more important. Troy and South Alabama both hold 5-1 conference records with Troy earning the head-to-head tiebreaker over the Jags. Troy hosts ULM this week and travels to Arkansas State (3-7, 1-5) next week, while South Alabama travels to Southern Miss (5-5, 3-3) this week and hosts Old Dominion (3-7, 2-4) next week.

Troy went into last season’s matchup as a 20-point favorite against ULM but ultimately lost 29-16, a fact that will not be lost on the Trojans.

“ULM is a very good football team, don’t let their record give you any indication on that,” Troy coach Jon Sumrall said. “They’re 4-6 by record but they lost by a score to Coastal Carolina and a score to South Alabama, and played Alabama and Texas, two Power 5 programs.”

ULM quarterback Chandler Rogers has completed 182-of-265 passes for 2,136 yards, 14 touchdowns and seven interceptions. His favorite target this season ahs been 6-foot-2-inch, 202-pound senior receiver Tyrone Howell, who has 45 catches for 775 yards and six touchdowns.

“Their quarterback, Chandler Rogers, is a dynamic playmaker and Tyler Howell is the best receiver we’ve played all year,” Sumrall said. “If we aren’t prepared for him it will be a long Saturday for the Troy football team. They’re a good football team, well-coached and have good players.”

Former Auburn head coach Terry Bowden, the son of legendary Florida State coach Bobby Bowden, guides the Warhawks with a career head coaching record of 183-128-2. Bowden’s history in the State of Alabama doesn’t end with Auburn, though. He coached North Alabama for three years (2009-2011) and Samford for six years (1987-1992). 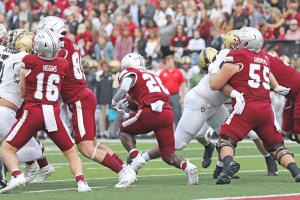 DK Billingsley (20) and Troy’s other seniors will be honored on Senior Day against ULM. (Photo by Henry Otto/Creative Media Images)

Troy is coming off a 10-9 win over Army and is in the midst of a seven-game winning streak, while ULM has won back-to-back games against Texas State and Georgia State the past two weeks.

Both Kimani Vidal (586 yards, 3 TD) and DK Billingsley (513 yards, 4 TD) have cracked 500 yards rushing this season and both average more than four yards per carry, while Gunnar Watson has completed 162-of-263 pass attempts for 2,165 yards, nine touchdowns and nine interceptions. Tez Johnson is the Trojan’s leading receiver with 40 catches, 692 yards and four touchdowns, while RaJae’ Johnson has 26 catches for 426 yards and three scores.

On defense, senior Carlton Martial is once again leading the way with 106 tackles, three tackles-for-loss, 05. Sack, one interception and a forced fumble. The Mobile native was named finalist for the Burlsworth Trophy this week and set the NCAA FBS career tackle record last week.

Troy holds an all-time 10-8-1 record against ULM, which dates back to 1970. The Trojans and Warhawks have split the last four games with ULM winning last year’s game 29-16.

Troy and ULM will kickoff at 2:30 p.m. at Veterans Memorial Stadium in a game that will also stream on ESPN+. Saturday will also be Senior Day as the Trojans’ seniors will be honored during the game.