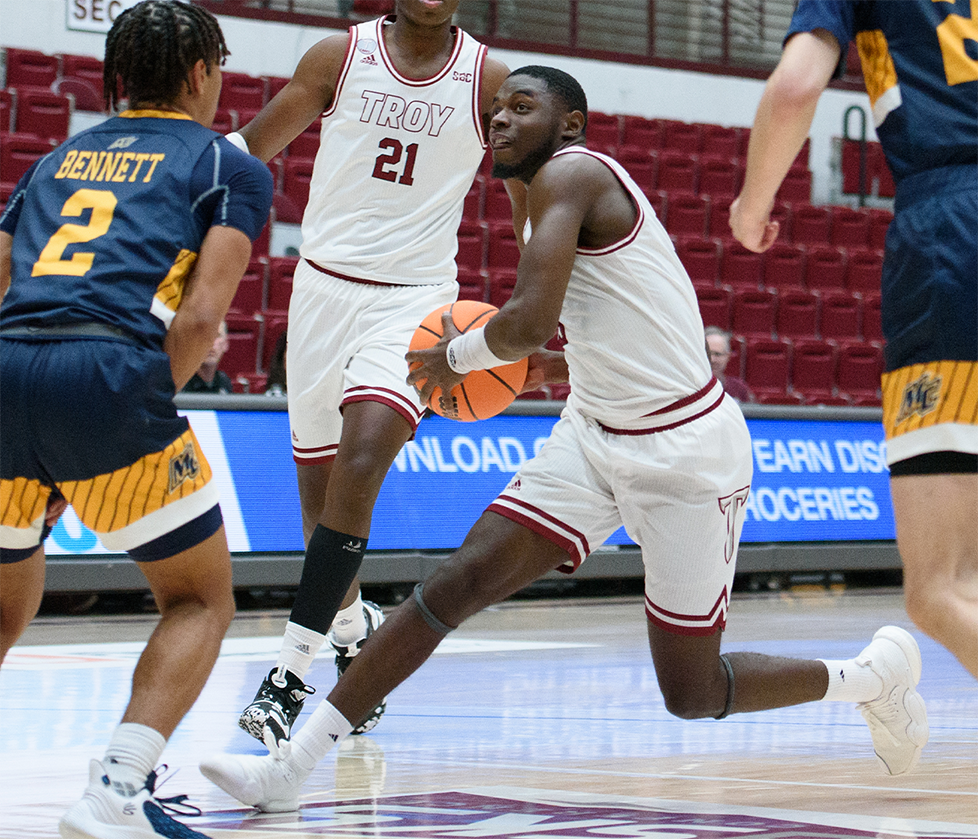 The Troy Trojans men’s basketball team dominated the Merrimack Warriors (1-2) by a score of 73-54 on Thursday to earn the school’s first 4-0 start in the school’s Division I history.

The matchup with Merrimack was the first game in the University of Montana’s Zootown Classic. Troy and Merrimack opened the game a combined 0-of-8 shooting before Troy’s Duke Miles knocked down the first field goal of the night. Troy would eventually go on a 10-0 run and take a 38-29 lead into halftime.

The Trojans further opened up the game with a 15-2 run in the second half and outscored the Warriors 35-25 in the half. Troy finished the game shooting 45.3 percent from the field, while Merrimack shot 33.3 percent. Troy won the boards, as well, outrebounding the Warriors 44-25. The Trojans also forced 11 turnovers and earned four steals as a team.

“It as another good game from our guys. I’m very proud of them and the fact we were able to get 19 more shots than them,” Troy coach Scott Cross said. “It says a lot about our defense and our rebounding. Our guys did a great job crashing the boards but also not letting them take second-chance shots.

“Our guys are playing the right way, but we can clean some stuff up offensively. (Merrimack) does have a zone defense, and it was the first we have faced this year. It’s really good too. They fly around, but overall, I’m pleased with how our guys played today.”