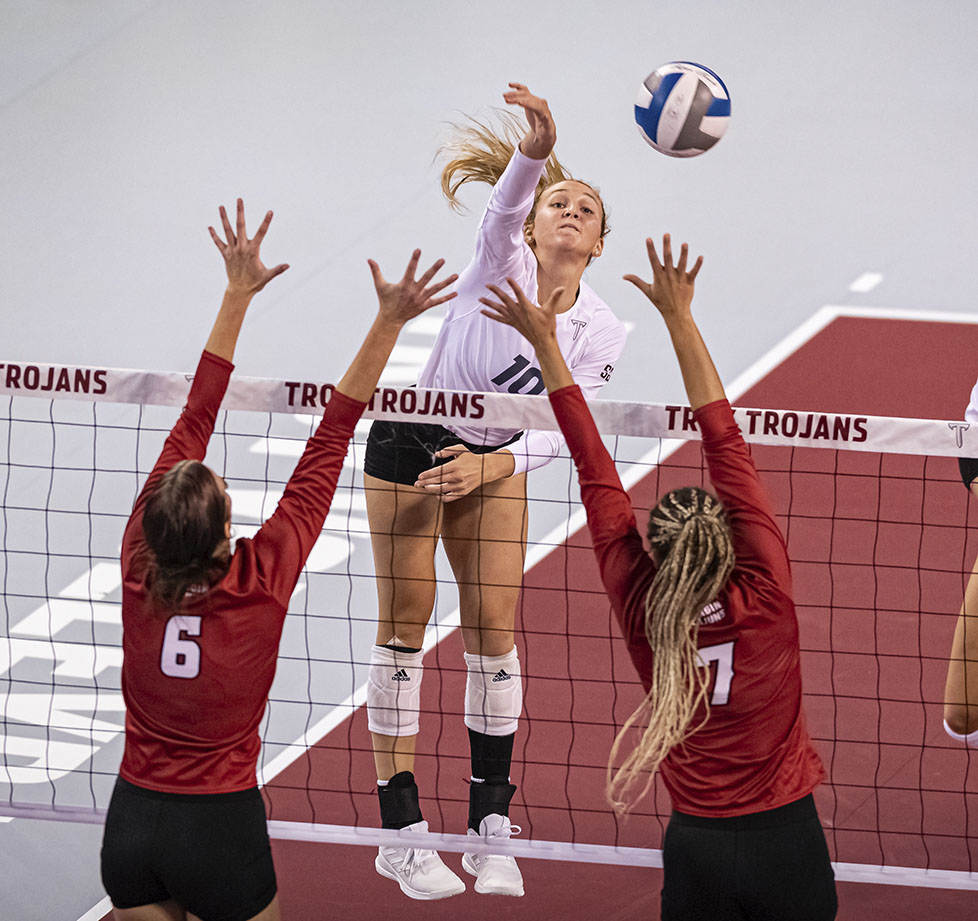 The Troy Trojans advanced to the Sun Belt Conference Volleyball Tournament Semifinals with a 3-2 win over the Arkansas State Red Wolves in the quarterfinals on Thursday afternoon in Foley.

Troy fell behind early, losing the first set 25-20, but responded by tying the match in the second set with a 25-18 win. Troy took the lead in the match with a 25-14 win in the third set but the Red Wolves forced a fifth and decided set by taking the fourth by a score of 25-17.

In the fifth set, Troy faced elimination as Arkansas State jumped out to a 14-11 lead, holding game point. The Trojans scored three straight points to tie the score. Arkansas State retook the lead 15-14 but the Trojans answered when Amiah Butler earned a kill. Troy jumped ahead 16-15 on an attack error by the Red Wolves and then Tori Hester earned the game-winning kill to give the Trojans the 17-15 win in the set.

The Trojans will play in the Conference Semifinals on Saturday at 4 p.m. against the winner of James Madison vs. Georgia Southern.