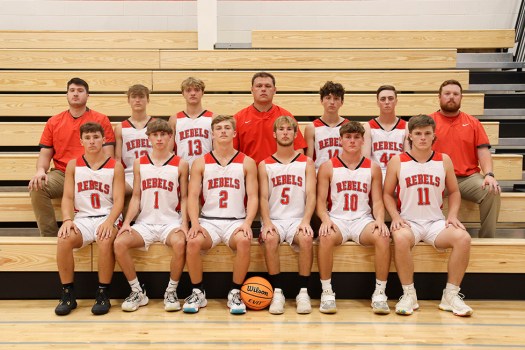 The Zion Chapel Rebels got their first win of the season in the first game against Dale County this week. (Submitted photo) 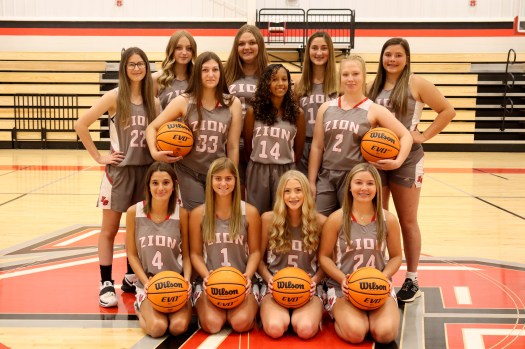 The Lady Rebels went back to the basics to teach fundamentals this offseason. (Submitted photo)

Both the Zion Chapel Rebels (1-0) and Lady Rebels (0-1) got the 2022-2023 basketball season off to a start this week with games against Dale County on Tuesday.

The Rebels came away with a season-opening win in overtime by a score of 74-64 after dominating the overtime period. Junior Slade Grantham had a career night, scoring 31 points, while junior Jacob Chestnut added 18 points and junior Mason Stuart tallied 13 points. ZCHS coach Josh O’Neal pointed to those players as some of his leaders this season for a young Rebel team.

“Jacob Chestnut is a returning starter and was our second-leading scorer last year. Our point guard is Slade Grantham and he got a lot of experience towards the end of last year,” O’Neal said. “Mason Stuart is another junior and those three guys will do the majority of the work for us.

“We only have two seniors, Bradon and Layton Grantham, and Bradon has a torn ACL, so he won’t be able to play. Layton is our only senior that will be playing for us and he’s in a leadership role and is a lead-by-example kind of guy.”

Zion Chapel’s busy first week continues Nov. 17 against Abbeville at home and then the Rebels host Florala on Nov. 18 before heading to Ariton for a Thanksgiving Tournament on Nov. 21. That tough schedule can help the Rebels get prepared for reaching their 2022-2023 goals.

“We have high expectations. We want to compete for an area championship and an opportunity to go to sub-regionals,” O’Neal said. “That’s what we’re shooting for. We’re really young but we want to put our best product on the court.” 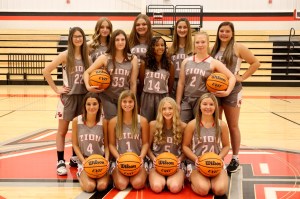 The Lady Rebels went back to the basics to teach fundamentals this offseason. (Submitted photo)

“We have a group of girls that have wonderful chemistry,” Lady Rebel coach Courtney Jinright said. “We have lots of juniors connecting with the younger girls and we have some good speed this year. Chemistry on this team is top notch, which I think will make a huge difference for us. A lot of them are stepping up in leadership roles and are working so well together.”

Jinright said that she and her team have some simple goals for this season, and to reach those goals she took her Lady Rebels back to the basics during the offseason.

“The goals for us are to put points on the board, like always, and get more wins than last year,” she emphasized. “We’ve been working a lot on fundamentals and trying to get all of our girls on this team off the bench and on the court and it looks like we’ve already reached that goal.

“We worked during the summer and didn’t do any scrimmage games, just went all the way back to square one and worked on nothing but fundamentals. When practices started we reiterated those fundamentals and I can tell a huge difference in some of the girls that played for the first time last year. The confidence they have on the court this year, because they know what they’re doing with the ball, makes a big difference.”

The Lady Rebels will hunt for that first win at home against Abbeville and then travel to Florala on Friday.