Trojans fall to San Francisco on the road 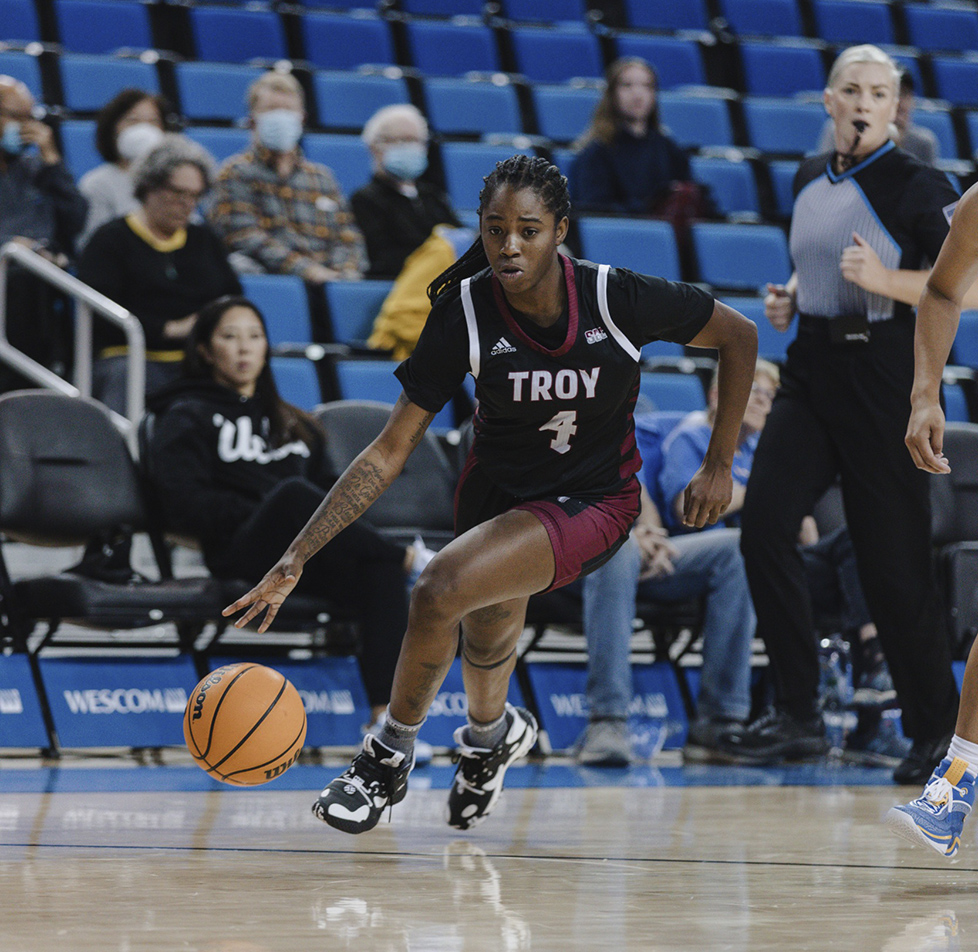 Jashanti Simmons (4) and the Trojans completed a two-game swing in California this week. (Photo courtesy of Troy University Athletics)

After dropping a road matchup to UCLA on Sunday, the Troy Trojans (2-2) women’s basketball team lost their second straight game to the San Francisco Dons (2-1) on Wednesday night by a score of 84-73.

San Francisco took a 57-51 lead into the fourth quarter and then the Dons outscored the Trojans 27-22 in the final period. Troy was able to cut the lead to three after a layup from Ja’Mai Hollings with 8:33 left in the game and after the Dons went up by five, Tai’Sheka Porchia cut the lead to three again with 7:19 left. The Dons then went on a 9-0 run and never looked back.

Troy shot 33 percent from the field, while San Francisco shot 41.9 percent. The usually dominant rebounding Trojans were outrebounded 52-48, as well.

Porchia led Troy with 19 points and seven rebounds, while Jada Walton added 14 points and six rebounds in the loss. Films Koranga scored two points and grabbed three rebounds in 17 minutes of action. The Sun Belt’s Preseason Player of the Year has yet to score in double digits this season and has tallied just six points in the last three games.

The Trojans’ long road trip continues this weekend in Oahu, Hawaii for the Hawaii North Shore Showcase, where Troy will play BYU at 7 p.m. on Nov. 19 and Washington State at 5 p.m. on Nov. 21. The Trojans will then have a much-needed break until December.