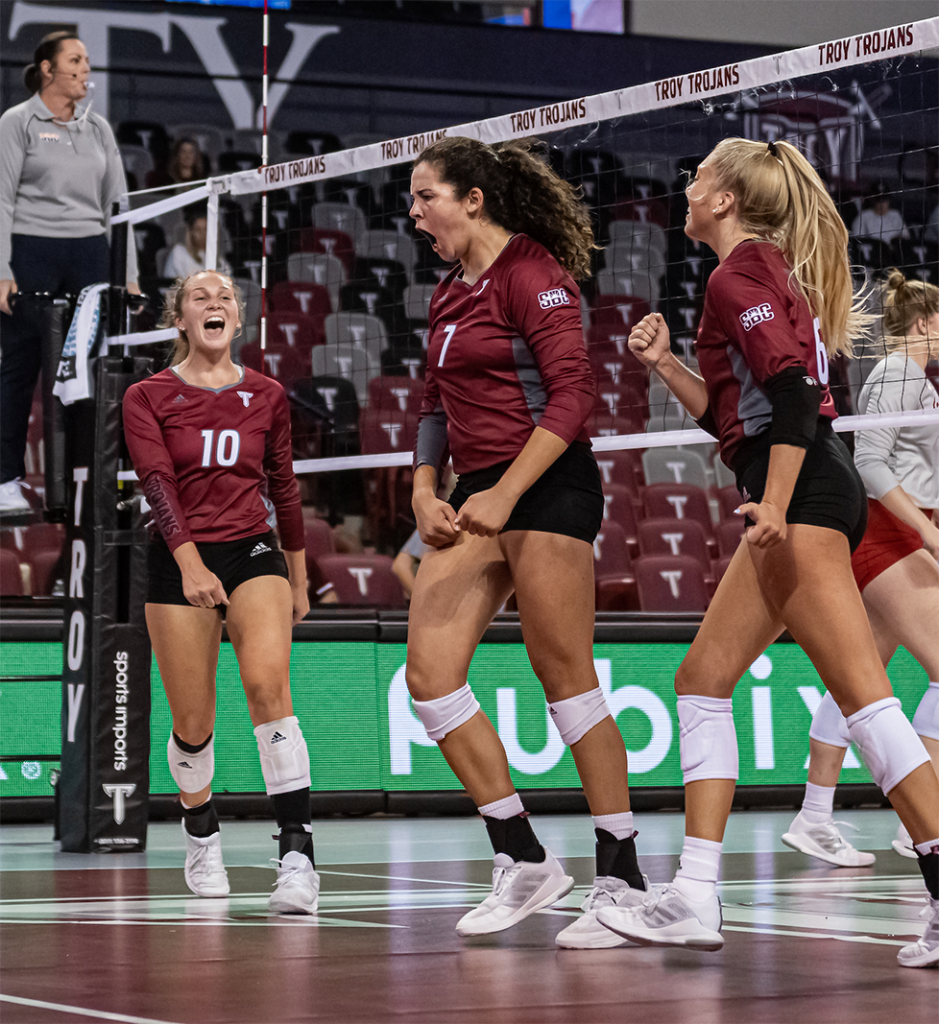 The Sun Belt Conference announced the 2022 All-Sun Belt volleyball team on Tuesday and three Troy players made the team.

Anderson broke the Troy career assist record this season and has 1,127 assists, 25 blocks, 51 kills, 259 digs and 27 aces on the season. She ranks third in the conference in assists.

“I’m so happy that Amara’s fifth year has been so fulfilling and successful for her,” Troy coach Josh Lauer said. “This has been her best season in many ways, most notably in her competitive composure and defensive effort. She will go down in history as not just the best setter in Troy history but one of the best setters in Sun Belt history, as well.”

Brooks broke both the career solo blocks and total blocks record along with surpassing 1,000 career kills at Troy this season. She finished the regular season with 306 kills, 91 blocks, 18 digs and five aces. She ranks seventh in the conference in hitting percentage and total blocks. Her 31 solo blocks also ranks fourth in a season in school history.

“Julia proved this regular season again that she is one of the league’s most dominant offensive and defensive players,” Lauer said. “Every team we have played this fall has stacked their blockers against Julia, yet she still put up impressive numbers this year. Julia sets a great example daily with her work ethic and team-first mentality, and we are excited to have her in the Trojan uniform for one more season.”

“Tori had an outstanding regular season and established herself as one of the premier six rotation players in the Sun Belt,” Lauer said. “Her play has been remarkably consistent all year long.

“Tori battled injury the past two years, and we knew if she could play a complete season, she was destined to shine. I’m very happy for her as she has put in a lot of hard work since arriving at Troy, and I think the best is still yet to come for her.”

Troy’s season isn’t done yet, though. The Trojans head to Foley on Friday to compete in the Quarterfinals of the Sun Belt Volleyball Tournament. Troy finished as the No. 2 seed in the Sun Belt West, which earned the Trojans a double bye into the quarterfinals. Troy will play on Friday at noon in a game that will stream on ESPN+. 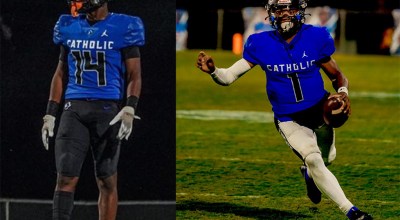