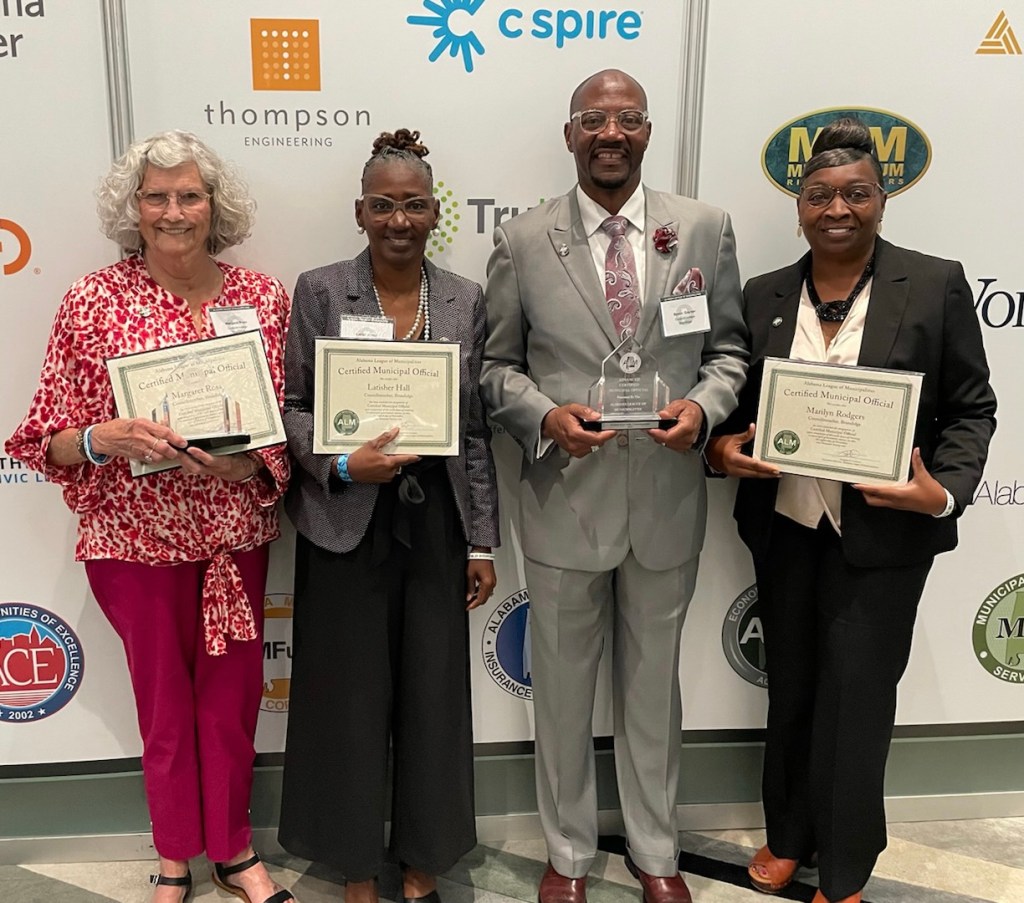 Brundidge City Council members, Byron Gaynor, Margaret Ross, Marilyn Rodgers and Latishia Hall have received professional designation by the League of Municipalities. The council members were recognized for their accomplishments at the League’s convention at Orange Beach on November 8.

Gaynor, District 4; and Ross, District 3; have earned the professional designation of Advanced Certified Municipal Official. In order to receive this honor, a municipal official must first complete 40 credit hours of training conducted or endorsed by the Alabama League of Municipalities. The individuals must then complete an additional 40 hours of training to receive an advanced certification.

Council Members Gaynor and Ross are members of the 24th graduating class of Advanced Certified Municipal Officials and were recognized for their accomplishments during graduation ceremonies held in Orange Beach.

Brundidge Council Members Rodgers, District 5; and Hall, District 2; have earned the professional designation of Certified Municipal Official. They have completed 40 credit hours of training conducted or endorsed by the Alabama League of Municipalities.

Rodgers and Hall are members of the 27th graduating class of Certified Municipal officials and were also recognized for their accomplishments during graduating ceremonies at Orange Beach.

“Alabama’s municipalities are the foundation of our state’s economy,” said ALM Executive Director Greg Cochran. “Vibrant communities depend on knowledgeable, engaged leadership, which is exactly what the CMO program encourages through training on the finer points of municipal government. Earning the Certified Municipal Official designation further showcases the commitment of community leaders to better informed, more effective municipal officials.”