Pike County returns to the 3A Quarterfinals 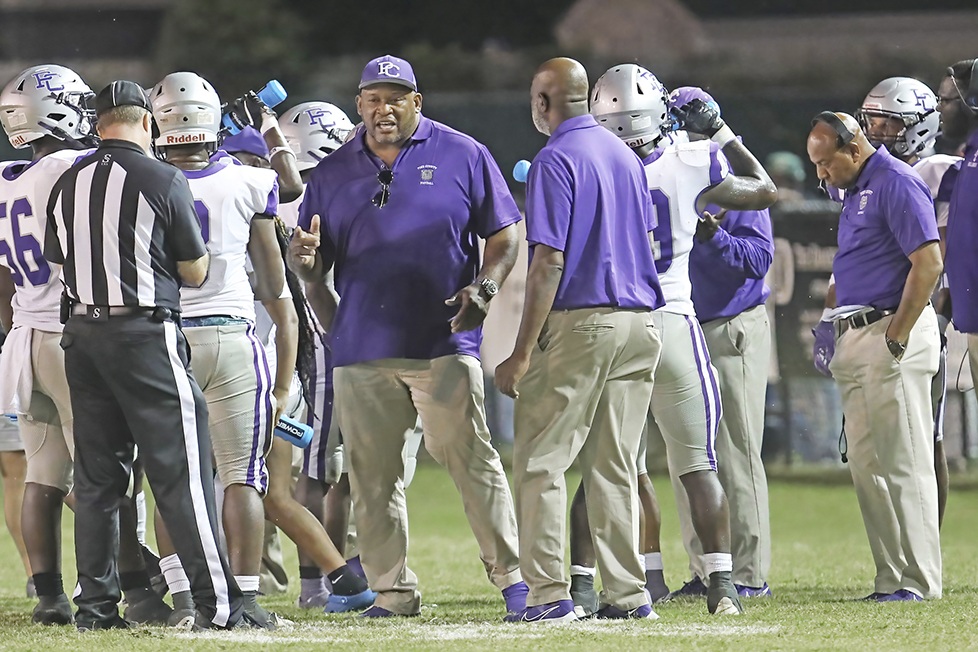 Pike County will look to advance to the semifinals this week. (Photo by Henry Otto/Creative Media Images)

The Pike County Bulldogs (8-3) have reclaimed their spot as one of the top teams in Class 3A this season and for the first time since 2018, are back in the Quarterfinals, against the Mobile Christian Leopards (5-7) this Friday night.

The Bulldogs and Leopards have carved very different paths to get here. Pike County has won six of its last seven games, while Mobile Christian had to win three straight to close out the regular season to make the playoffs. Both earned the No. 4 seed in their region but for very different reasons.

Mobile Christian – on the field – is actually 9-3 but was forced to vacate its first four wins of the season due to playing an ineligible player. In the official record books, Mobile Christian lost its first seven games of the season, though three of those losses came on the field. Mobile Christian lost to Athens Academy (Ga.) on Aug. 26 and lost back-to-back overtime games to Pensacola Catholic (Fla.) and Hillcrest-Evergreen in September. Since that time, however, the Leopards have been nearly unstoppable.

Mobile Christian has outscored its last five opponents 154-51, including a 30-3 blowout over Region 2 Champion Houston Academy in the first round of the playoffs. Mobile Christian entered the playoffs as possibly the best No. 4 seed in AHSAA history, due to the forfeited games. The Leopards went on to beat Trinity at home in the second round last week.

The 2022 Leopards are averaging 30.8 points per game on offense and giving up just 13.1 points per game on defense. The Mobile Christian offense has playmakers all over the field. Against Houston Academy, Devin Harris rushed for 89 yards on 10 carries, while Jason Todd tallied 17 carries for 81 yards against Trinity. Receiver Aaron Rogers also caught six passes for 166 yards against Trinity. The Leopards also utilized two quarterbacks against Trinity in Landen Snow (7-of-11 for 151 yards and one touchdown) and Miguel Camboia (8-of-11 for 113 yards).

As dominate as Mobile Christian has been in the playoffs, Pike County has been equally as impressive. The Bulldogs dominated Excel – Region 1’s No. 1 seed – by a score of 42-14 in round one and then came from a 25-0 deficit against Alabama Christian last week to win 41-39.

The Bulldogs come into the quarterfinals averaging 337 total yards per game with a balanced attack, averaging 170 yards rushing and 166 yards rushing. The PCHS defense is giving up 240 yards per game with just 87 yards passing per game. The biggest difference, though, is the Bulldog defense is forcing 2.2 turnovers per game, while the PCHS offense is turning the ball over 1.4 times per game. Pike County also has a 31.7 percent third down rate, compared to just a 25 percent for Bulldog opponents. Also, fourth downs have been dominated by Pike County. PCHS has converted 70.8 percent of fourth attempts, while the Bulldog defense has allowed opposing teams to convert just 46.7 percent of fourth down attempts.

There have been a number of difference makers for Pike County this season but none bigger than senior athlete Ian Foster. Foster has tallied 895 yards and 19 touchdowns on 38 catches along with 199 yards and two more scores on the ground. Foster also has two kickoff returns for touchdowns, a punt return for a touchdown and three interception returns for touchdowns. On defense, he’s earned 57 tackles, three tackles-for-loss, six interceptions and 12 pass breakups.

Sophomore running back Nemo Williams and senior running back Zay Carlisle have combined for a “Thunder and Lightning” tandem that are among the best in the area. Williams has 908 yards and seven touchdowns on 121 carries, while Carlisle has 601 yards and five touchdowns on 115 carries, as well. Junior quarterback Omari Barrow has completed 105-of-176 passes this season for 1,801 yards, 26 touchdowns and seven interceptions.

Pike County and Mobile Christian have met just one time on the gridiron, a 21-0 Leopard win back in 2017. That game also came in the playoffs.

Pike County and Mobile Christian will play at 7 p.m. at Bulldog Stadium in Brundidge on Friday night. The winner will meet the winner of St. James vs. Thomasville in the semifinals next week.