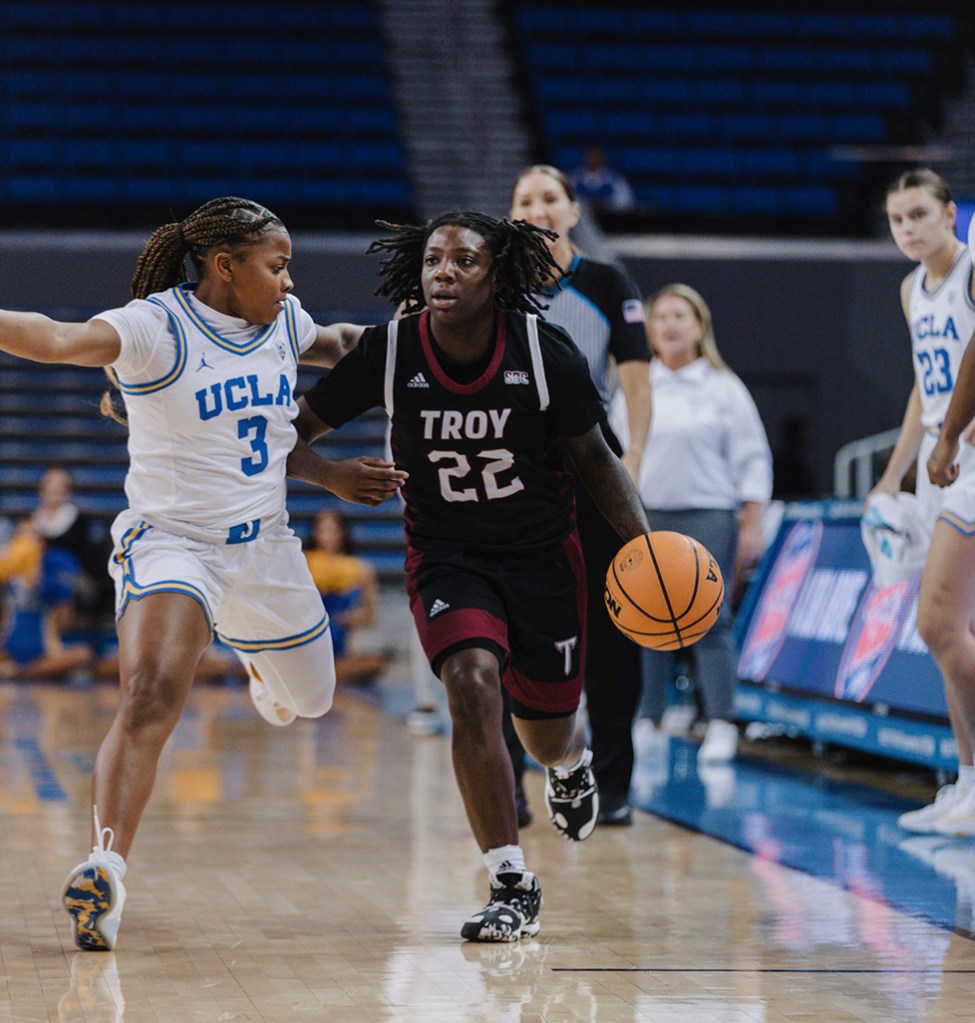 The Troy Trojans (2-1) women’s basketball team suffered their first loss of the season on Sunday by a score of 95-83 to the UCLA Bruins (3-0).

It was Troy’s third straight road game to open the 2022-2023 season with four more to come before Troy finally plays in Trojan Arena.

Troy slugged it out with UCLA in the first half, trailing 24-16 going into the second quarter and 44-36 at halftime. UCLA managed to pull away from Troy some in the third quarter, taking a 70-54 lead into the fourth quarter. The Trojans outscored the Bruins 29-25 in the fourth quarter but it wasn’t enough as UCLA won 95-83.

Troy remains in California this week for a matchup with San Francisco on Wednesday night at 8 p.m. The game will stream live on the WCC Network. Troy then travels to Hawaii for the Hawaii North Shore Showcase with games against BYU and Washington State.