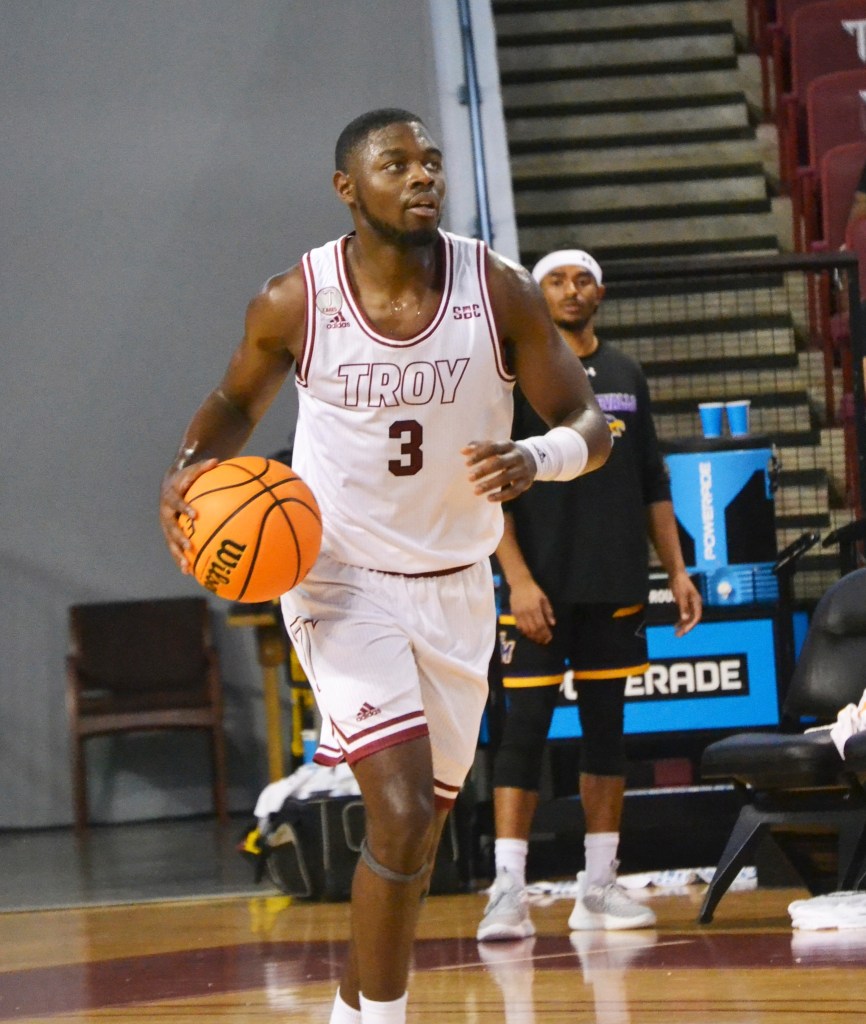 The men’s team thoroughly dominated the MWU Owls at home in the first time the two schools have ever met. Troy wasted no time jumping out to a 59-22 lead in the first half and continuing the pounding in the second half, outscoring MWU 37-20 in the half. Troy came away with the 96-42 win. The 92 points was the highest point total a Trojan team has put up since scoring 104 points on Nov. 9, 2021.

The Trojans shot 49 percent from the field and held UMW to 28.9 percent shooting, while also outrebounding the Owls 46-32 and forcing 30 turnovers. The Troy defense earned 18 steals and blocked six shots on the night. Thomas Wright led UMW with nine points and six rebounds. 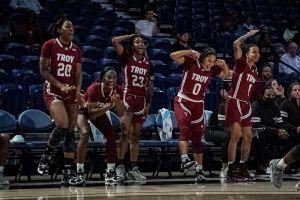 The women’s team also picked up an 89-84 win over UT-Martin on the road on Thursday night. Troy held on to a slim 18-17 lead going into the second quarter but UT-Martin was able to take a 37-36 lead into halftime. Troy tied the score at 58-58 going into the final period. With just over four minutes left in the game, Troy held on to a four point lead when Makayia Hallmon and Gabbi Cartagena buried three-pointers on three straight possessions to pull Troy away.

Troy shot 38.1 percent from the field in the win, while UT-Martin shot 56.4 percent. Troy won the rebound battle 44-38 and forced 29 turnovers, though. Jada Walton had a career night for the Trojans, totaling 19 points, seven rebounds, four assists and two steals, while Tai’Sheka Porschia earned the first double-double of the season for the Trojans with 14 points and 11 rebounds. Cartagena scored 14 points  and both Hallmon and Ja’Mia Hollings scored nine points each. Kenley  McCarn led UT-Martin with 31 points and Sharnecce Currie-Jelks totaled 14 points and 15 rebounds.