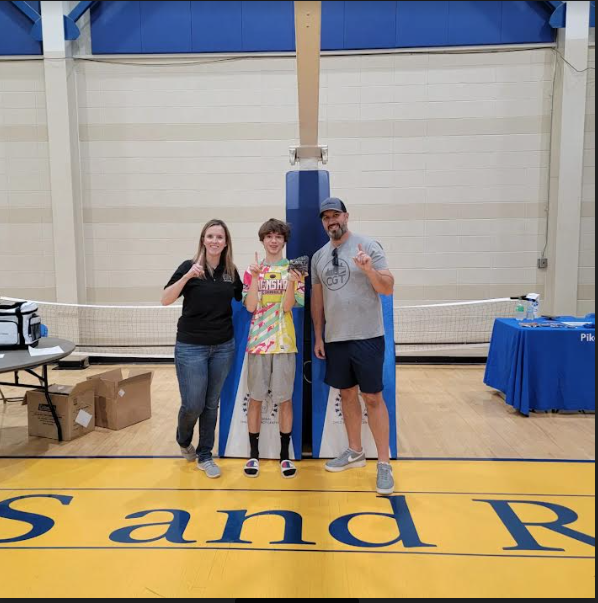 The object of the game is to throw a corn-kernel-filled bag into a six-inch hole cut in a titled platform. The game gets its name from the corn-kernel filled bags.

It’s a fun game that all ages can enjoy and any age can win, said Kaley Green, Pike Regional CAC executive director.

And, the winners of the Pike Regional CAC Cornhole Tournament were Dustin Williams – a youngster – and Kenny Green.

“Everyone had a great time and it was a very competitive tournament,” Kenny Green said. “The competition was friendly and the winners were congratulated.  We would have liked to have had more to participate but we were pleased and look forward to the next cornhole tournament.”

Kenny Green said he enjoys the game of cornhole and he takes the competition seriously.

Jones agreed that playing the game of cornhole is fun but admitted that it takes more than luck to win.

“We thank all of those who participated in the cornhole tournament and our sponsors,” Kaley Green said. “The Pike Regional Child Advocacy Center provides services to Pike, Barbour, Bullock and Coffee counties and our services are free. We conduct between 200 and 250 interviews a year and prevention programs, including home-based and schools, number about 4,000.”

For more information about the Pike Regional Child Advocacy Center in Troy and ways to support the prevention of child abuse, call Kaley Green at 334-670-0487.