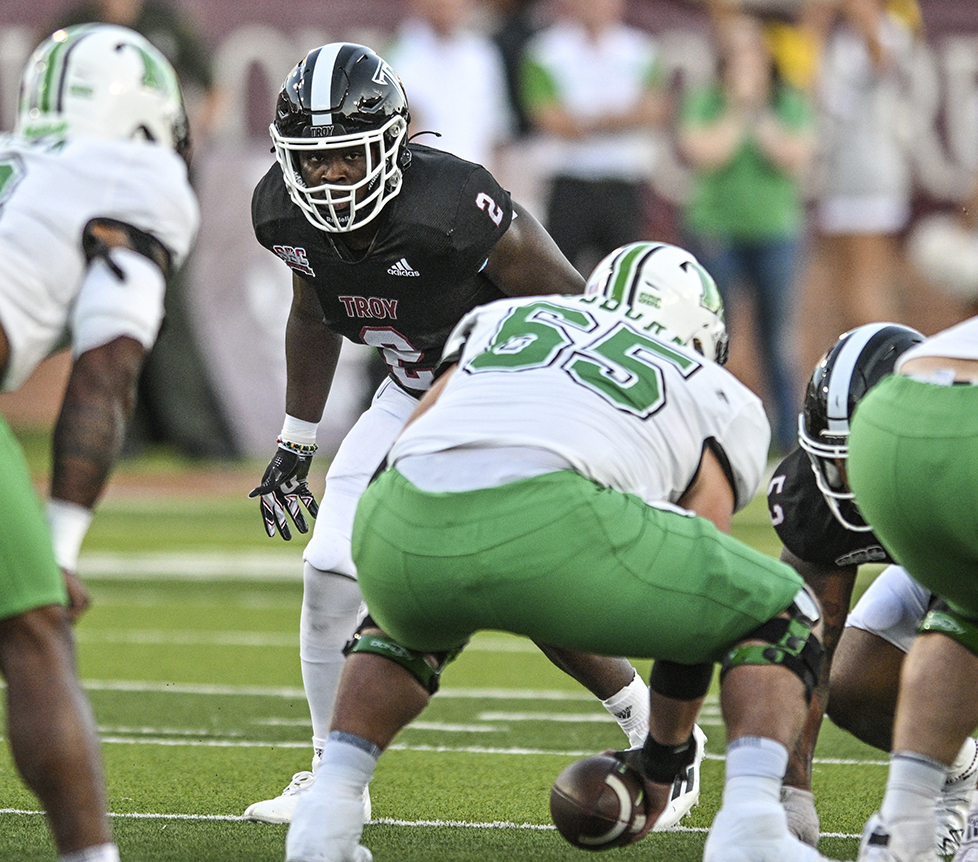 Carlton Martial (2) is a semifinalist for the Burlsworthy Trophy. (Photo courtesy of Troy University Athletics)

This week, the Burlsworth Trophy Selection Committee announced the 10 semifinalists for the 2022 award and Troy senior linebacker Carlton Martial was among those named.

The Burlsworth Trophy is presented annually to the nation’s top Division I college football player that started their career as a walk-on. The award is named in honor of former Arkansas player Brandon Burlsworth, who started his career at Arkansas as a walk-on and ended as an All-American and NFL Draft Pick. He passed away after a car accident less than two weeks after being drafted.

Martial was a finalist for the award last year and is currently one of the top defenders in the country and just 20 tackles shy of breaking the NCAA career tackle record. Martial is ranked 10th nationally, averaging 10.5 tackles per game, and has tallied a total of 84 tackles, three tackles-for-loss, 0.5 sack, one interception and one forced fumble in eight games this season. He’s the only player in FBS since 2000 to have at least 405 tackles, six interceptions and 41 tackles-for-loss in a career.

The Burlsworth Trophy award ceremony will honor three finalists and announce the winner on Dec. 5 at the Crystal Bridges Museum in Bentonville, Ark. Finalists will be announced on Nov. 15.