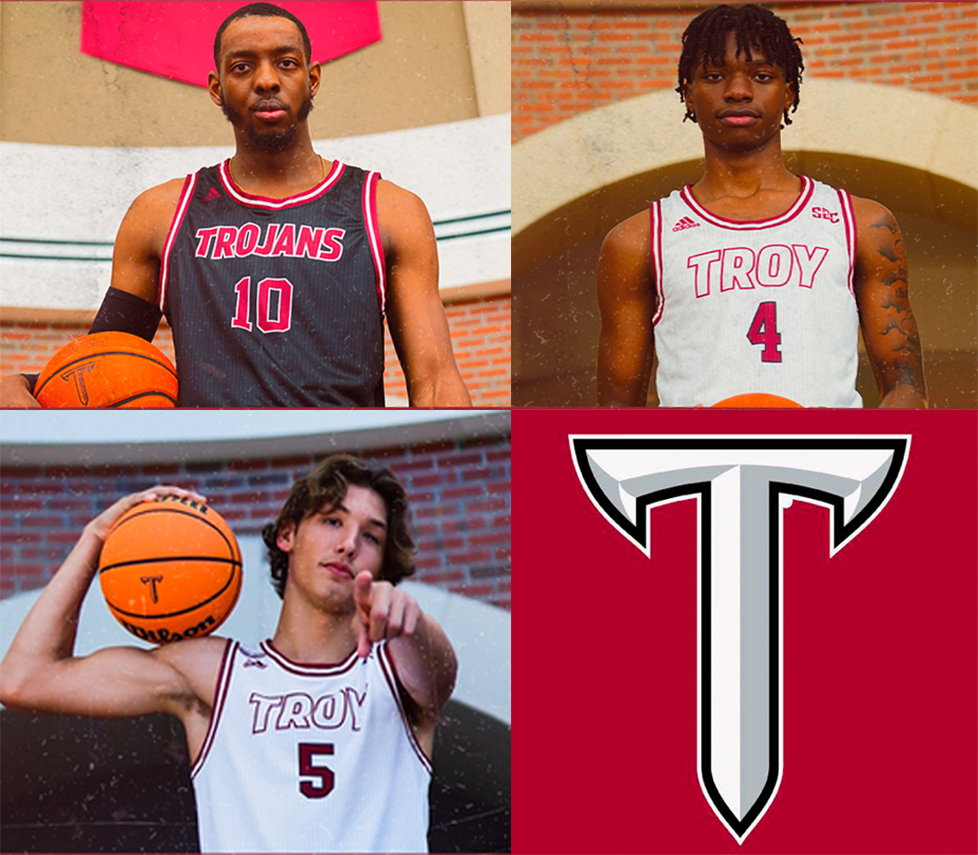 Nov. 9 is the early signing period for men’s college basketball – along with volleyball, soccer and softball – and all four of those sports at Troy University inked letters-of-intent from future Trojans.

“(Chattahoochee Valley) Coach (Ben) Hicks told me about Jerrell last spring and (Troy assistant coaches) (Mike) Worley and Coach (Byron) Jones watched him live this summer,” Troy basketball coach Scott Cross Said. “He is a high-level athlete, one of the best we have had at Troy.

“He will be great at pick and rolls, has a great jump hook on the low block and can stretch out to the three-point line with his jumper. He will be a very coachable player that knows how to win and play.”

Dowd is a 6-foot-8-inch forward from Dothan. Last season, he averaged 17 points and 16 rebounds and he’s tallied more than 1,000 points and 1,000 rebounds during his career. He’s the No. 9-ranked player in Alabama and earned Dothan Eagle Super 12 honors in 2022. 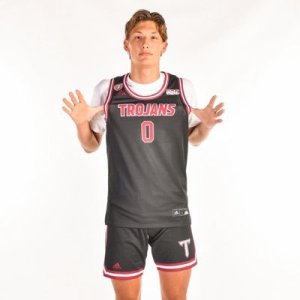 “Thomas, we first saw at our Team Camp two years ago,” Cross said. “We were impressed and intrigued by him immediately and offered him. He ended up playing on the same AAU team with my son, Austin, so I have watched him several times, and he continued to grow on me each time.

“He shoots the ball at a high level and rebounds it. He is a very good basketball player and low-maintenance (‘our kind of guy’) that will fit in great with our culture.”

The six-foot-5-inch Rigby is entering his senior season at O.D. Wyatt High School in Texas. Rigby is the No. 15-ranked player in Texas and last season he averaged 24 points, 6.2 rebounds, 2.2 assists and 3.9 steals per game.

“Myles is a high, high-level guard that was very under-recruited,” Cross said. “I feel like he could play at any school in the entire country,” Cross said. “He is 6-5 with great length and is very explosive. He is almost unstoppable driving to the basket and has a very good jump shot. He can also be a very disruptive defender in our defensive system.” 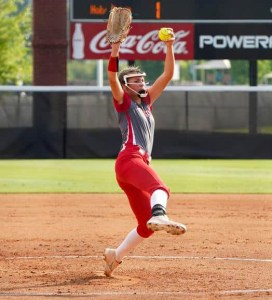 Northport’s Alyssa Faircloth is one of the top pitchers in Alabama.

As a junior, Chadwick earned a .510 batting average in 45 games with 50 hits, 45 RBIs, nine doubles and nine home runs.  The pitcher also held a 1.76 ERA with a 27-5 record in the circle. In 174 2/3 innings pitched, Chadwick struck out 242 batters. She helped guide Northside to Class 4A playoffs and earned Class 4A All-State honors and Class 4A Player of the Year last season.

Faircloth is entering her senior year at Tuscaloosa County this season, but she earned Class 1A All-State Player of the Year as a junior at Holy Spirit High School. The pitcher also helped guide Holy Spirit to the Class 1A State Championship. She earned a .409 batting average last season with 54 hits, 42 stolen bases 26 RBIs, 14 doubles, six triples and six homers. She earned a 1.19 ERA and 31-5 record in the circle with 444 strikeouts in 217 2/3 innings pitched.

The pair of Wiregrass natives – Money and Boswell – are two of the top softball players in the area going into their senior seasons. Last season, Boswell held a .500 bating average with 10 home runs, 13 doubles, 10 triples and 63 RBIs. She also pitched some, holding a .319 ERA with 140 strikeouts. Money has more than 500 career strikeouts during her time at Ashford as she’s been starting on the varsity team since her seventh grade year.

Johnson is one of the top softball players in Georgia and earned Coastal Empire Softball Player of the Year last season, as a junior. She also earned all-state honors as she boasted a .447 batting average with 34 hits, 37 runs, 24 RBIs, 16 doubles and four home runs. Defensively, she had 51 putouts with a 100 percent fielding percentage. 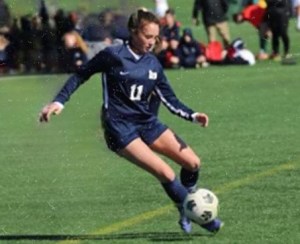 “Audrey is a physical, athletic middle attacker who is competitive and brings tremendous joy onto the court when she plays,” Troy coach Josh Lauer said.

Kersting is on the All-American watch list and earned conference Player of the Year as a senior. In her high school career, she tallied 1,150 assists, 548 digs and 440 kills.

“Addison is a terrific setter and has been a leader on both her high school and club teams,” Lauer said. “She is dedicated and hard-working both on and off the court, and we are excited to add her competitiveness and volleyball IQ to our team.” 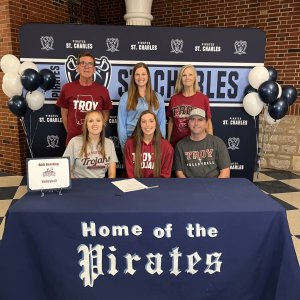 The 6-foot Blaine was a top defender on her high school team and ranks second all-time at Howell Central with 119 blocks in a season. She also ranks fourth in career blocks at her school.

“Emma is an extremely driven person and athlete,” Blaine said. “She is constantly striving to be her best on and off the court. Emma is an excellent blocker, explosive offensively and will be a great addition to our pin-attacking position group.”