Pike Lib Basketball set for first season in the AHSAA 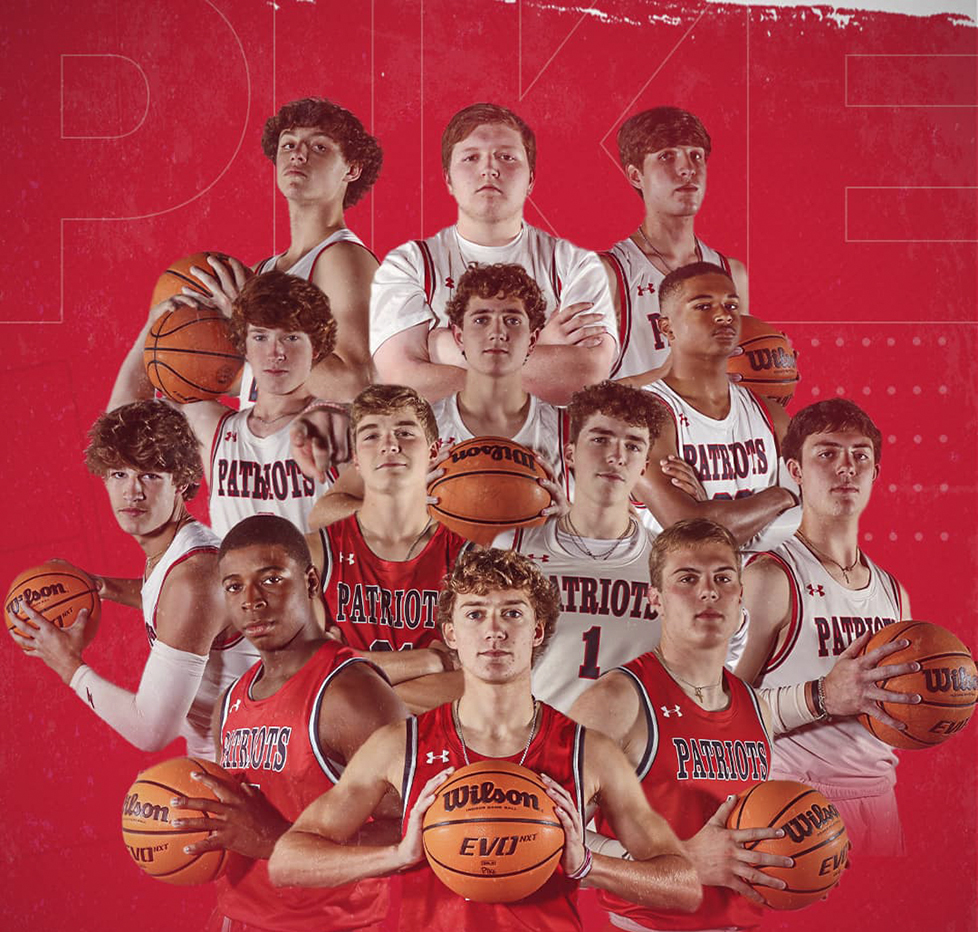 The Patriots open the season on Thursday. (Submitted photo)

The Pike Liberal Arts Patriots will open up season No. 1 in the Alabama High School Athletic Association (AHSAA) this Thursday night at home against Trinity.

The Patriots are coming off their second straight AISA State Championship last season but are now entering the AHSAA, and with a completely new team.

“We have no returning players from last year’s team, so this is a new team,” first year head coach Charlie Scofield said. “We have some hard working kids and they’re ready to get going, though.”

Scofield takes over the reigns at Pike after having spent the past three seasons as an assistant coach at PLAS. Former Patriot Dacoda McConnell and Max Copeland will both serve as assistant coaches for Scofield.

The coaching staff will be leaning on a slew of former junior varsity players and some new players this season.

“Levi Deboer is one of our senior leaders and is a guard for us. Wilson Cotton and Rhodes Baker are both sophomores and they, along with senior KC Bradford, will be our post players that will be working hard down low,” Scofield said. “Chase Deboer is going to be a freshman guard that will be useful for us this year along with Houston Gunter and Slade Renfroe who played JV for us last year. Will Rice is another 6-foot-2 or 6-foot-3 junior that’s playing this year and we think he’s going to do some good things for us.”

Despite the new faces, Scofield has been pleased with what he’s seen in offseason workouts.

“It’s been going good. We’ve been working them really hard,” he said. “We’ve probably conditioned them harder than they’ve ever been. We’re rebuilding, we have a whole new group of guys, but they’re excited to play this week and we’re excited to see what they’ve got.”

While the Patriots are hungry to reach the postseason in year one in the AHSAA, Scofield wants to build a foundation of a program for the future more than anything.

“Every coach’s goal should be to win a championship and I never plan to lose and we’ll put our guys in the best situation they can be in to compete and win ball games this year,” he said. “We want to start a culture and set a standard of what we’re trying to build as a program and try to make a run deep in the playoffs, too.

“The standard is set that we’re going to grind and do things the right way and we want to build the foundation for our program.”

The Patriots open up the season on Thursday night at home against Trinity at 5:30 p.m. 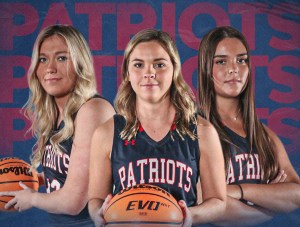 The Lady Patriots open up next week at Abbeville. (Submitted photo)

The Lady Patriots are in a similar situation with a new head coach and few returning players.

“We only have two returning players from last year and one of those is a senior,” first year coach Lara Lea Jones said. “We’re going back to the basics to make sure everyone is on the same page and that they’re prepared to go into playing public school basketball.”

Jones served as an assistant coach on last year’s state championship boys team at PLAS and has also been junior varsity head coach for the girls at Pike. While last year’s team lost a big group of seniors – along with some veterans that transferred out – this year’s team also has a good number of seniors. The problem is that many of those seniors haven’t played basketball in a number of years.

“Brooklyn Fountain and Rylee Copeland will be leaders for us along with Emily Bryan, who is a senior that hasn’t played in a couple of years,” Jones said. “Haley O’Brien is another senior that is coming back to play along with Indi Carter. As far as seniors goes, I have a good number of seniors but most of them just haven’t played in awhile.”

Like the boys, the girls’ team is looking to build a foundation for the future.

“The goal this year is just to start a good, clean foundation for our program that we can build on,” Jones said. “Going into the AHSAA will be completely new for us and I just hope we can build and learn, so we can prepare the girls behind us for the future. We want our program to continue to get stronger and I just want our girls to get better each week.”

The Lady Patriots have a busy first week, which begins on Nov. 15 at Abbeville followed by an appearance in the Red Level Basketball Tournament on Nov. 17.