Charles Henderson Hoops hungry for another run in the playoffs 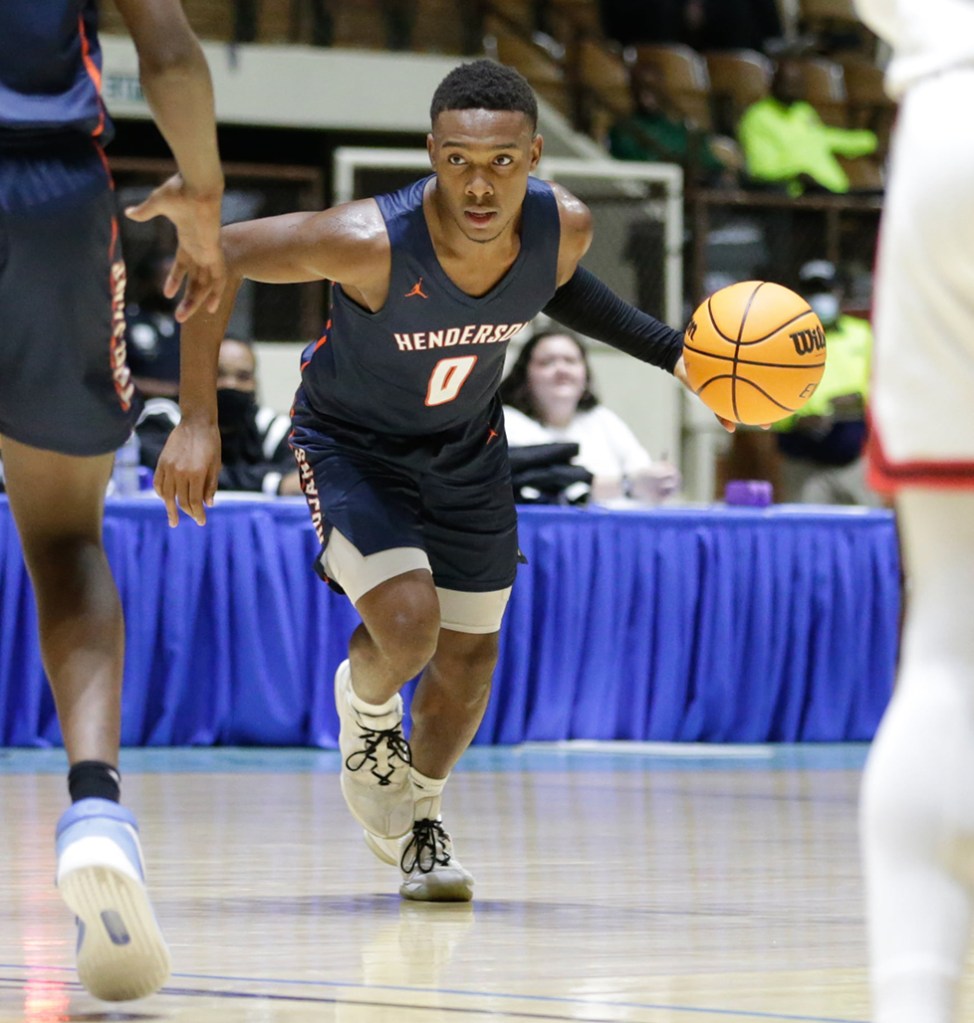 Jy’won Boyd (0) is expected to lead the Trojans this season. (Photo by Dan Smith)

Both the Charles Henderson Trojans and Lady Trojans opened up the 2022-2023 basketball season at the Tip Off Tournament in Park Crossing on Nov. 5.

The Trojans lost to Pinson Valley by a score of 87-62. Jayden Spearman led the Trojans with 23 points, while Tyler Carlton had 13 points.

“We were timid,” CHHS coach Tim Fayson said. “We’re installing a new transition system, so we were a little timid and indecisive, but I thought our energy was good.”

The Trojans will have to play the first part of the season without seven players – including starters – who are still in the middle of football playoffs. Starters like Jy’won Boyd and Mario Davenport – along with role players like Zion Grady, Benton Dunn, Que Scott and Quay Grimes – won’t be available for the Trojans until the CHHS football team’s season has completed.

Charles Henderson is coming off an Area Championship and the school’s first Elite 8 appearance since 2005. While the 2022 squad was together during the offseason, Fayson was impressed with what he saw.

“I thought it went good. We got some transfers in, some new guys, and we played well together,” Fayson said. “We graduated 11 players from last year, so we’re almost starting from scratch. This summer we won all of our games at the Troy (play date), went 2-1 at the Hoover Tournament and 1-2 at the Auburn (tournament). We also got a chance to go to Atlanta, Ga., and play in a big tournament over there and went 2-2 against some really good teams.”

Fayson will lean on some new faces as well as the few returners from last year’s team to lead the way this season.

“Jy’won, Tyler Carlton and Jaden Spearman played varsity last year and will be our leaders,” he said. “We also have Mario Davenport and Austin Cross (from Pike Lib) that transferred in and they have championship experience that they bring to the team. It was a different level of competition but it matters, for sure. We look for them to come in and fit right in.”

Despite losing so many starters from last year’s team, the goal for this season remains the same.

“As always, we want to make it to Birmingham (for the Final Four),” Fayson emphasized. “We wan to get there and we were one game away last year. I think we got ahead of ourselves a little bit.

“The big picture is to get to Birmingham but we also want to just try to get better every day and every game and take things one day at a time, so that we’re playing our best basketball when it’s time to get into the playoffs.” 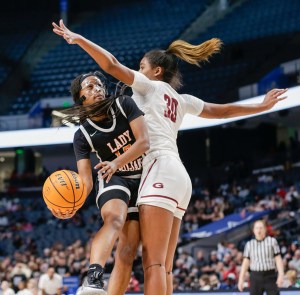 KK Hobdy is one of the top seniors in the state. (Photo by Dan Smith)

The Lady Trojans opened the season with a tough 53-41 loss to Carver-Montgomery at the Park Cross Tip Off. Charles Henderson jumped out to a slim 11-13 lead in the first quarter and expanded that lead to 26-22 at halftime, but Carver took control in the third quarter outscoring the Lady Trojans 14-5 in the period to take a 36-31 lead into the fourth quarter. Carver also outscored the Lady Trojans 17-10 in the fourth quarter to secure the win. KK Hobdy led CHHS with 21 points in the loss, while Takeya Brockton added nine points.

“They played really well,” CHHS coach Dyneshia Jones said of the opener. “We got into some foul trouble and considering the amount of players playing – seven – that really hurt us. Overall, we did well and throughout the year we’ll progress and get better.”

Along with Hobdy, Jones pointed to Takeya Barton and Deanna Gosha as leaders on this year’s team. Last season, Hobdy earned all-state honors and was The Messenger’s Winter Female Athlete of the Year after averaging 17.2 points, 6.2 rebounds, 5.8 assists, 4.6 steals and .72 blocks per game.

“She’s fantastic and she has more experience in the game than the majority of players we’ll play this year,” Jones said of top scorer. “Her leadership and experience will be very important to us having a great season.”

Jones has guided her Lady Trojans to three straight Final Four appearances, 10 straight area championships. In the past 10 years, CHHS has won two state championships and made seven Final Fours. Jones hopes to continue that success this season.