Coming back home at suppertime 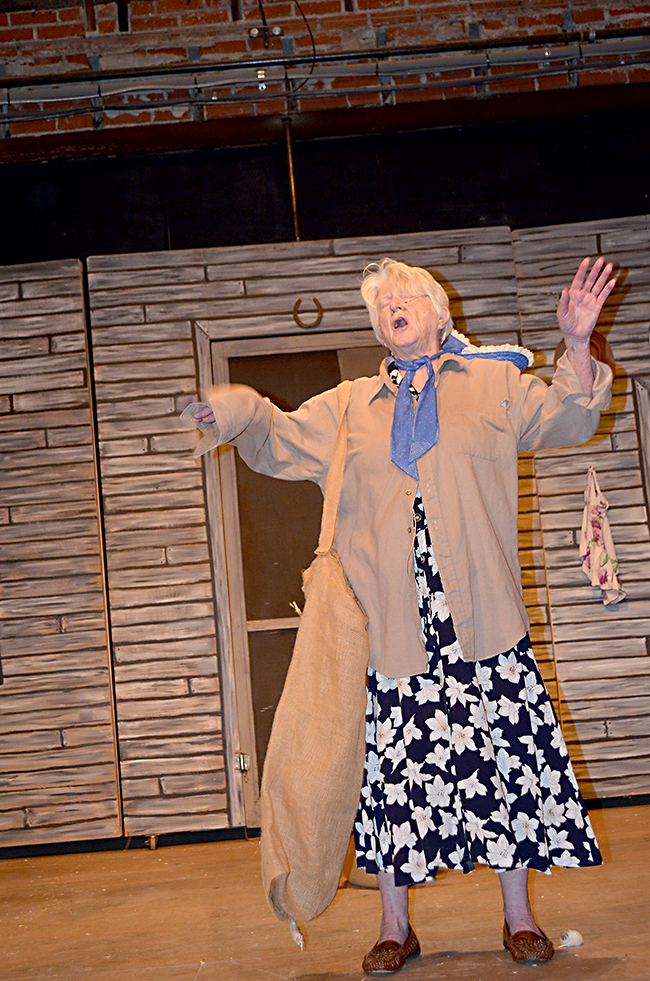 Jaine Treadwell | The Messenger Alice Phillips and the cast of ‘Come Home, It’s Suppertime,” will return to the stage this week.

For the first time since, 2019, the curtain will go up on Alabama’s Official Folklife Play, “Come Home, It’s Suppertime” at the We Piddle Around Theater in downtown Brundidge.

Lawrence Bowden, president of the sponsoring Brundidge Historical Society, remembers the first time the curtain went up on the original folklife play in 2002.

“We had no idea what to expect,” Bowden said. “I don’t believe that any of us could have envisioned that ‘Come Home; would still be around 20 years later. And, right now, we’re where we were back then. Not knowing what to expect.”

Bowden said, after the doors had been closed for two years and having lost members of the original and recent casts during the pandemic, there was some hesitation about “us coming home.”

Most of the cast members from the pre-pandemic play readily signed on. “That was encouraging but the loss of our cast members was felt in our minds and hearts,” Bowden said. “But, we had new people come into the family. Some of them had been cast members before; others were first timers and everyone has been welcomed warmly.”

Bowden said the cast and crew all agreed it was time to “Come home” again. But times have changed and there was the unknown “would people come?”

The decision was made to offer an abbreviated season.

Cathie Steed, ticket chair, said she was on board with that.

“One weekend seemed the best,” she said. “It sold out in a hurry and people were disappointed but very excited that the doors of the We Piddle Theater will be open again.”

“The storytellers are contracted and the preshow groups, so the storytelling festival is set for the We Piddle Around Theater and the Trojan Center Theater,” Steed said. “No firm decision has been made about a Christmas program and we are planning a new folklife play in the spring. We are all excited to be “back home at suppertime.”