Bulldogs back in the second round of the playoffs 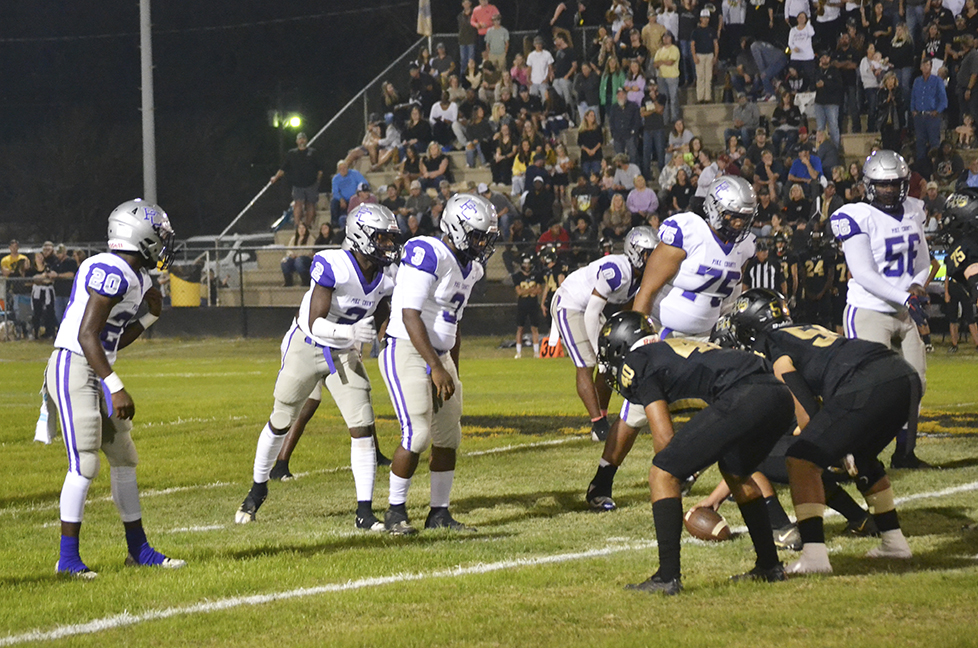 The Pike County defense is giving up just 12.7 points per game this season. (Photo by Josh Boutwell)

The Class 3A Playoffs just didn’t feel right without the Pike County Bulldogs (7-3), and after missing the postseason in 2021 – for the first time since 2012 – the Bulldogs are back and heading to the second round to face the Alabama Christian Eagles (8-3).

In the first round, Pike County made a statement with a 42-14 thrashing of Region 1 Champion Excel last week. Meanwhile, Alabama Christian equally dominated Randolph County by a score of 63-30.

The Eagles come into the second round on a five-game winning streak and have utterly dismantled their last five opponents, outscoring those teams by a combined 258-99 and scoring more than 40 points in each game and more than 50 in three of the contests. The Eagles have already tied the school record for points scored in a season with 458 and are averaging 41.6 points per game. The Alabama Christian defense is giving up 25.6 points per game, as well.

Against Randolph County, Alabama Christian quarterback Hayes Hunt was deadly accurate, completing 16-of-21 passes for 298 yards and five touchdowns. On the other side, Pike County’s Ian Foster was nearly unstoppable against Excel catching six passes for 122 yards and two touchdowns along with running back Zay Carlisle tallying a season-high 146 yards and one touchdown on the ground.

The Bulldog defense has made a habit of harassing opposing quarterbacks and will look to make life difficult for Hunt in the second round, as well. The Bulldogs have tallied 14 sacks in the past three games. Leading the Bulldog defense is linebacker Markelis Hobdy with 86 tackles, 15 tackles-for-loss, one sack and two interceptions, while defensive end Nemo Williams has tallied 50 tackles, 18 tackles-for-loss and eight sacks. Williams also leads the PCHS running game with 850 yards and six touchdowns on 105 carries.

Foster, though, has been the linchpin for the 2022 Bulldogs. The senior athlete has 173 yards and two touchdowns on the ground along with 33 catches for 740 yards and 16 touchdowns receiving. He’s also tallied 52 tackles, three tackles-for-loss, 11 pass breakups and six interceptions on defense. In those six picks, Foster has returned them for 357 yards and three more scores. He also has two kickoff returns for touchdowns and a punt return for a touchdown this season. In all, Foster has 24 total touchdowns on just 59 touches, which means he scores a touchdown every 2.5 times he touches the football.

This will be just the fifth time that Pike County and Alabama Christian have met on the football field and the third time the two sides have met in the playoffs. PCHS leads the all-time series 4-2 and won the last matchup between the two sides 38-13 in 2019. The Bulldogs and Eagles have met twice before in the playoffs, both resounding PCHS wins. Pike County beat Alabama Christian 62-0 in the first round of the playoffs in 2005 and 63-6 in the first round in 2002.

Pike County and Alabama Christian will kickoff at 7 p.m. on Friday night at Eagles Stadium in Montgomery.