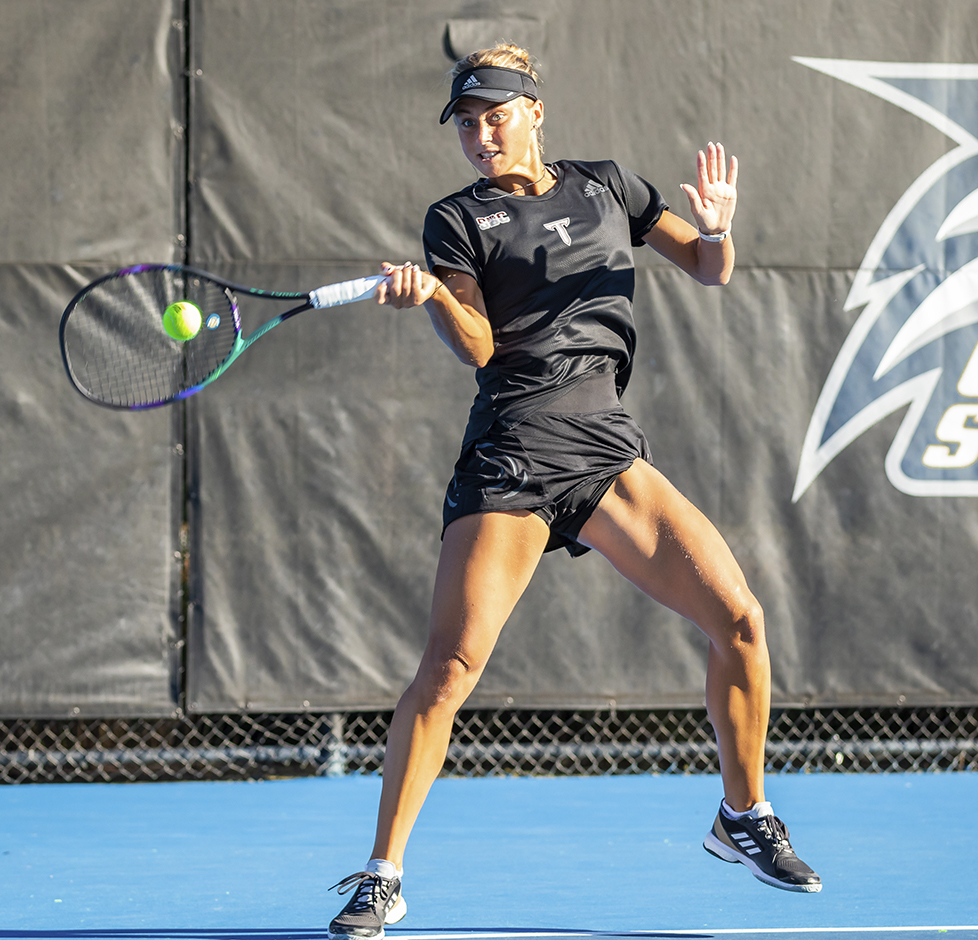 Elliot opened up the tournament, on Friday, with a 2-1 win over Saint Leo’s Larina Lancellotti in singles action and then teamed with Kristina Kukaras to defeat Saint Leo’s Lancelloti and Marta Vincens Mique in doubles action by a score of 6-3.

On the final day of the tournament, on Sunday, Elliot beat Stetson’s Laetitia Rizk by a score of 2-1 to finish 3-0 in singles action. She and Kukaras fell 6-2 to Florida State’s Vic Allen and Kade Crichio.

Troy tennis is now off until starting the spring season in February.