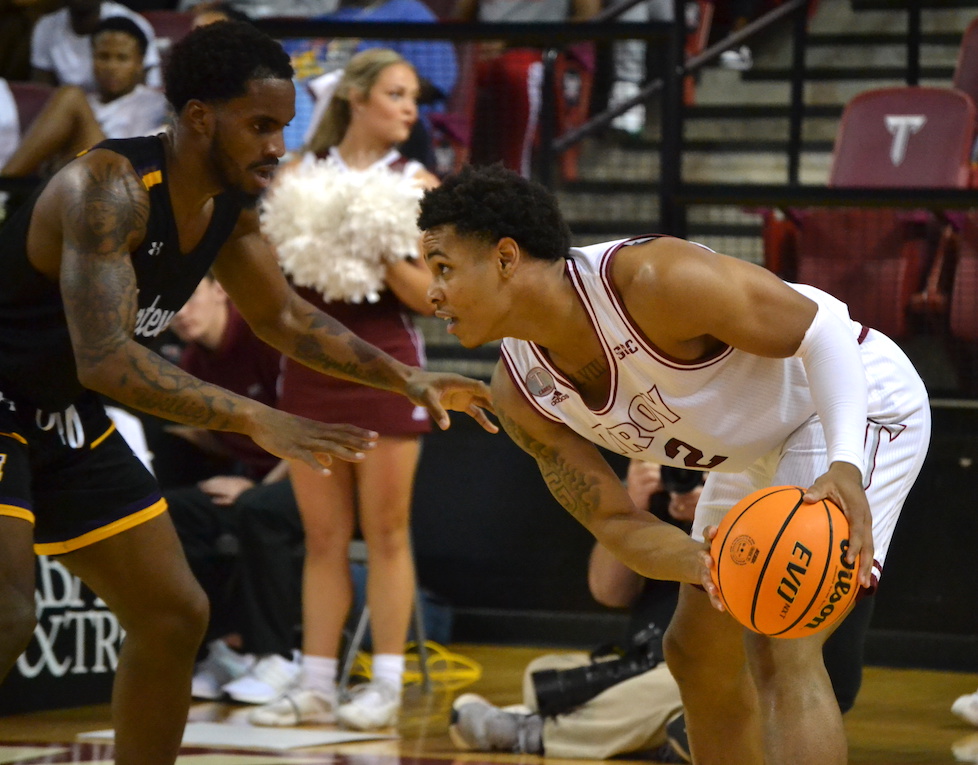 Aamer Muhammad (2) scored the first bucket of 2022 for the Trojans. (Photo by Josh Boutwell)

The two sides battled to out evenly in the first half with the Trojans holding a slim 34-31 lead. The Trojans forced 10 turnovers in the half but struggled to shoot at times, shooting just 37 percent from the field. 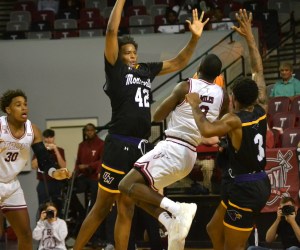 Duke Miles (3) drives to the basket against Montevallo. (Photo by Josh Boutwell)

In the second half, though, the Trojans turned it on starting out on a 10-0 run and never looking back. Troy shot 54.8 percent from the field in the second half and outscored the Falcons 53-36 in the half. For the game, Troy outrebounded Montevallo 40-31 and forced 17 turnovers.

Montevallo was led by Braxton Bertolette with 15 points, while Te Smith added 13 points for the Falcons.

Troy remains at home this Thursday, Nov. 10, for a matchup with MUW at 6 p.m. in a game that will also stream live on ESPN+.