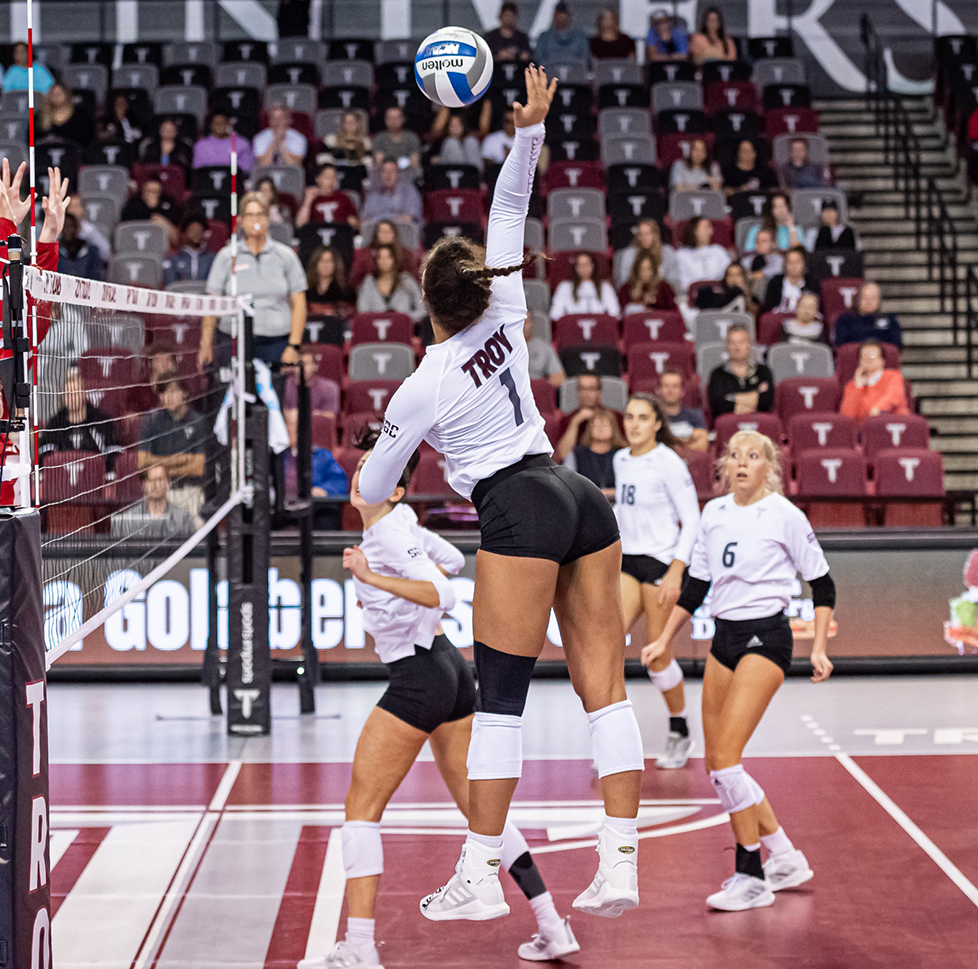 Amiah Butler (1) and the Trojans stumbled on the road this weekend. (Photo courtesy of Troy University Athletics)

The Troy Trojans (16-10, 10-4) were swept by a the Texas State Bobcats (20-6, 12-2) in a Sun Belt Conference volleyball series this weekend, giving the Bobcats sole possession of the No. 1 spot in the West Division.

Troy and Texas State came into the weekend tied for first place in the West and the lost now puts Troy at No. 2 in the division. The losses also snapped a school-record nine-match winning streak and four straight conference series wins for the Trojans. Troy lost both matches to Texas State by a score of 3-1.

Troy will look to finish off the regular season strong this weekend, on the road again, at Georgia Southern for a Sun Belt Conference Series. Troy and South Alabama are currently tied for second place in the Sun Belt West with Troy holding the head-to-head tiebreaker. Troy plays Georgia Southern at 5 p.m. on Nov. 11 and noon on Nov. 12.