Trojans outlast Williamson in first round of playoffs 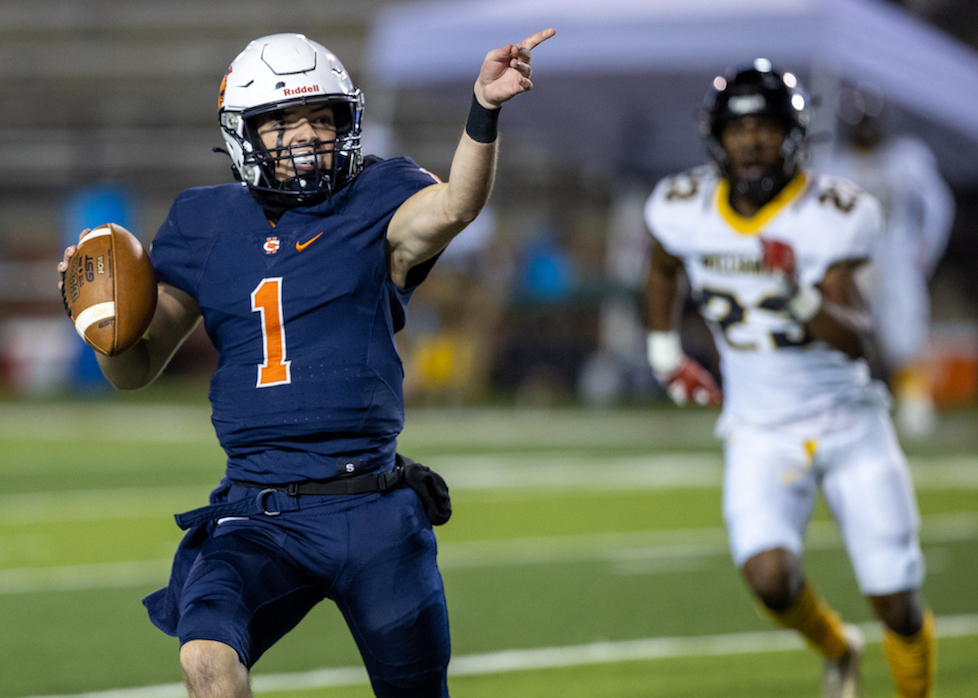 Charles Henderson High’s defense made two critical sacks in a defensive stand of the fourth quarter to preserve a 20-16 win over Williamson High Friday night in the first round of the Class 5A state playoffs, and sending the Trojans to the second round next Friday.

The Trojans, improving to 9-1 on the year and winning their first playoff game in nine years, will either be at home or on the road against Tallassee, a winner over Selma Friday.

CHHS Head Coach Quinn Hambrite, in his second season, said the two sacks could not have come at a better time.

“The first one, Zion Grady got there on third down and that was his last play of the game, and I told him I needed all that he’s got, and he did that,” said Coach Hambrite. “The next one was Zamir Caffie who came in there from the offensive line to step up on defensive line to make the play. We survived and we advance. It does not matter if you win by one or twenty-one. A win is a win and I am proud of these guys.”

The Trojans scored on their first possession of the game when junior quarterback Parker Adams hit senior Will Templin for a 21-yard touchdown pass, Nik Peerson kicked and it was 7-0 with 8:03 to go in the first quarter.

Adams put CHHS ahead 13-0 on a 5-yard scamper for a touchdown, but the extra point was blocked at the 7:18 mark of the second quarter.

Adams put some distance between the Trojans and the Lions on the next CHHS possession when he found Jywon Boyd open for a 23-yard touchdown pass play, Peerson kicked, and it was 20-0 with 5:15 to play in the first half.

Williamson wasted no time in getting on the board on their next possession when quarterback Jeremy Williams connected with Jeremiah Owens for a 51-yard touchdown pass play, Ellis Mcgaskin ran it in for two-points, and it was 20-8 just before the first half ended.

The defense of the Lions kept the Trojans out of the end zone in the second half with Williamson cutting the lead to 20-16 with 9:18 left in the game on a 10-yard touchdown carry by Keynote Pettaway, with Williams throwing a two-point conversion pass to Tarek Gaines.

Williamson reached the CHHS 45 with just over two minutes remaining in the game, but sacks by Grady and Caffie in two of the three final plays of the drive sealed the win for the Trojans.

Adams had a big night for the Trojans, completing 19 of 28 passes for 192 yards and two touchdowns while rushing for another TD.

The Trojans improve to a 9-1 overall record, their best since 2013, and earlier this season claimed the first Region title which was also in ‘13 while in Class 4A under Mike Dean. The last time CHHS won a Class 5A Region 2 title was in 2007 under Hugh Fountain.

The AHSAA will determine whether CHHS is at hone or on the road for next Friday’s matchup.