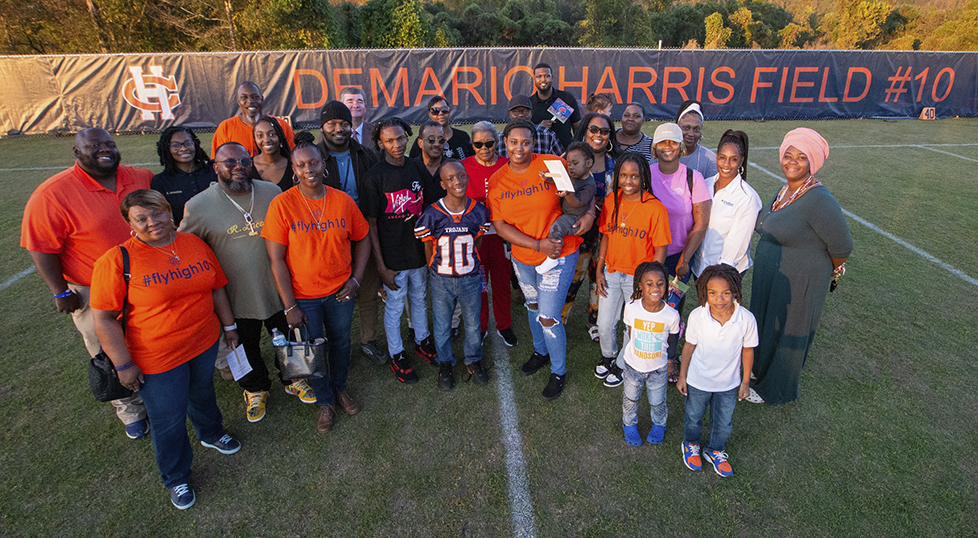 On Thursday, Charles Henderson High School and the City of Troy unveiled Demario Harris Field, the new name for the CHHS Practice Field, in honor of the late CHHS Trojan.

In 2014, Harris suffered an injury during a game that ultimately took his life. Now, Harris’ legacy will live on at Demario Harris Field, Charles Henderson Football’s practice field next to the school. Friends, family and community members gathered at the field on Thursday for the dedication and unveiling of the honor, as well as to pay tribute to his memory.

“He had an impact on me just like he had on everybody else,” Troy Mayor Jason Reeves said. “How hard he played on the field and his spirit off the field, as well as that smile that was a million-watt smile.

“He had so much spirit and it shone through in everything that he did. That late September day was the worst day of my almost 10 years as mayor. What was so redeeming about it was the way the community rallied around DJ’s spirit, though.” 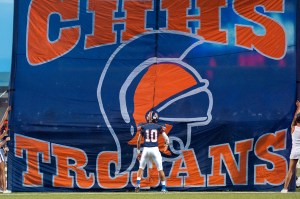 Harris passed away from injuries suffered in a football game in 2014. (Photo by Joey Meredith)

CHHS Principal Lise Fayson echoed the mayor’s sentiments about the former Trojan that friends and family referred to as “Squirrel.”

“Demario played football with my son Hunter and played JV basketball for my husband Tim Fayson. So, he had a special place in our lives and our household,” Fayson said. “When our family reminisced about Demario a common theme came through in each of their voices. The spirit of Demario resonated proudly in their collaborative memories.

“They both described Demario as extremely hard working, positive, respectful, energetic, kind, happy and always smiling. They both recalled how he always gave 100 percent on the field and on the court and how you never had to question his heart or effort. Demario has the heart of a champion and a smile of an angel. His presence will always be on this field, in that gym and in the heart of every Trojan.” 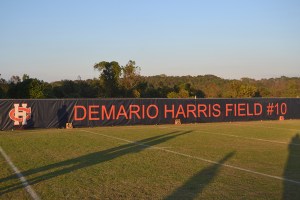 CHHS assistant coach Marcus Jones was one of Harris’ coaches during his playing days and recalled the battles between Harris and former CHHS and Troy Trojan John Johnson, who also passed away prematurely in 2019.

“Squirrel was truly one of a kind. He loved competition and he had a heart of a champion on and off the field,” Jones recalled. “He never took the easy way out or skipped a rep in the weight room or a rep in practice. In fact, he and John Johnson had some of the best practice reps that you will ever see and those reps resonated in games.

“I know there is a one-on-one battle going on in heaven right now. That’s just how competitive they were. People ask me how great of a kid Demario was, and if you’re a dad, you’re going to understand. I always tell them that if I had a daughter his age he could date my daughter. As a dad, that is the ultimate compliment.”