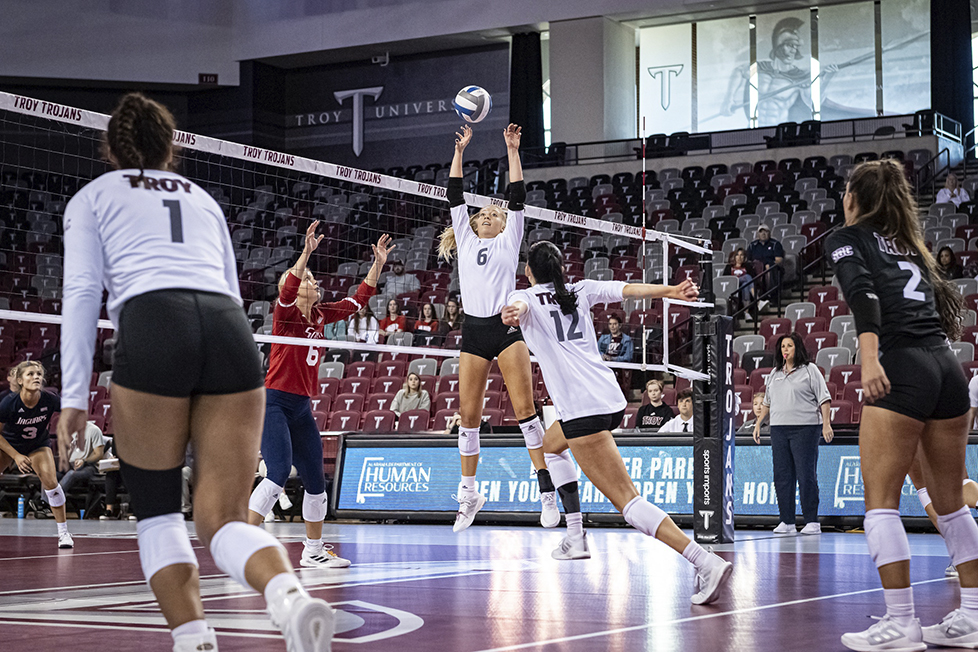 Amara Anderson is third in the Sun Belt in assists this season. (Photo courtesy of Troy University Athletics)

The Troy Trojans (16-8, 10-2) volleyball team is in the midst of a historic stretch of games and this weekend look to take control of the Sun Belt West.

Troy is coming off its ninth straight match win and fourth straight Sun Belt series win this past weekend over South Alabama. The pair of wins over the Jaguars put Troy in a two-way tie for first place of the Sun Belt Western Division with Texas State (18-6, 10-2). It also gave the Trojans their 10th conferences win – tying a school record – and nine straight wins also sets a school record.

Troy junior Julia Brooks currently ranks No. 4 in the conference in hitting percentage, while sophomore Tori Hester ranks second in the Sun Belt in kills with 408. Senior Amara Anderson ranks third in the conference with 958 assists and Hester is also fourth in aces.

Texas State leads the entire conference in total kills (1,271) and assists (1,192), while Janell Fitzgerald is fourth in kills (346) and Emily DeWalty is first in the conference in assists (986).

Troy has never defeated Texas State, holding an 0-14 record against the Bobcats. The two sides met for the first time in 1997. Troy will look to change that fortune with the first match taking place at 6 p.m. on Friday, streaming live on ESPN+. The second match between the two sides will be at 2 p.m. on Saturday, again streaming on ESPN+.