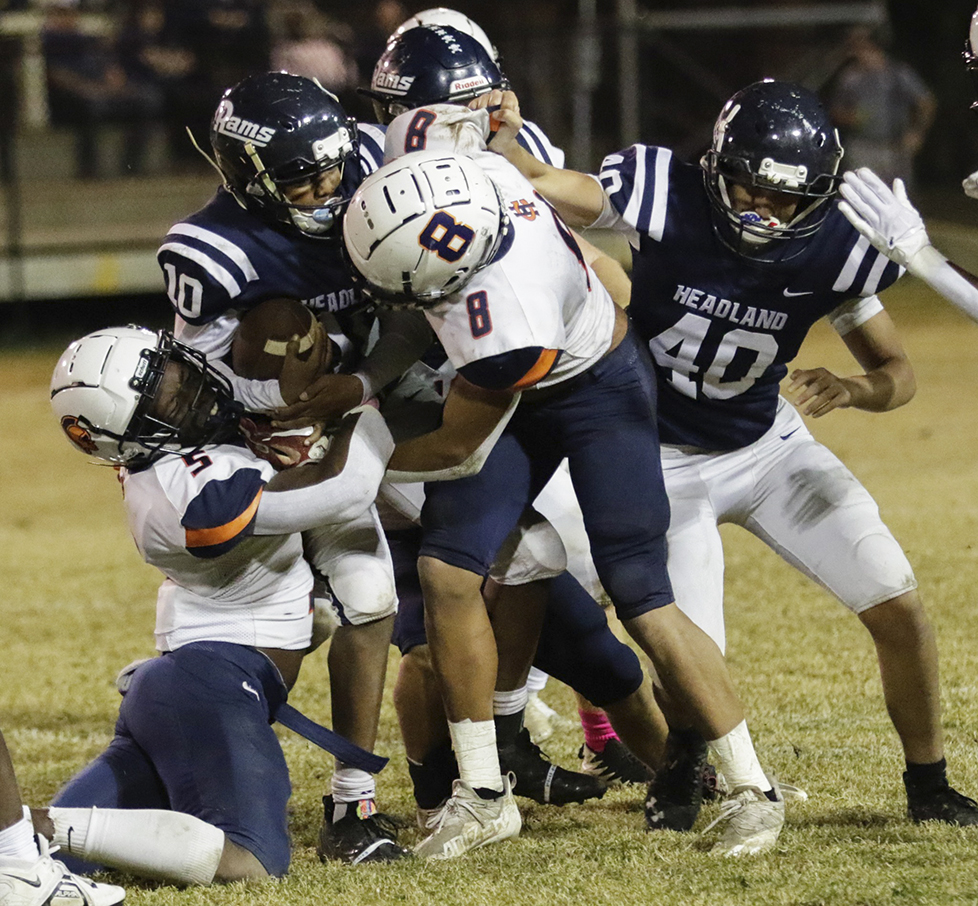 The Trojan defense will look to shut down Williamson this Friday. (Photo by Dan Smith)

The Class 5A No. 10-ranked Charles Henderson Trojans (8-1) will host a playoff game for the first time in eight years this Friday night against the Williamson Lions (6-4) in the first round of the Class 5A State Playoffs.

Junior quarterback Parker Adams leads the Trojan offense with 1,716 yards and 18 touchdowns on 110-of-187 passing with six interceptions this season, while Zach Coleman leads the running game with 572 yards and seven touchdowns on 103 carries. Sophomore Antonio Frazier has also piled up 432 yards and two touchdowns on 82 carries.

Charles Henderson and Williamson will kickoff at 7 p.m. on Friday night at Veterans Memorial Stadium in Troy.