Pike County back in the playoffs 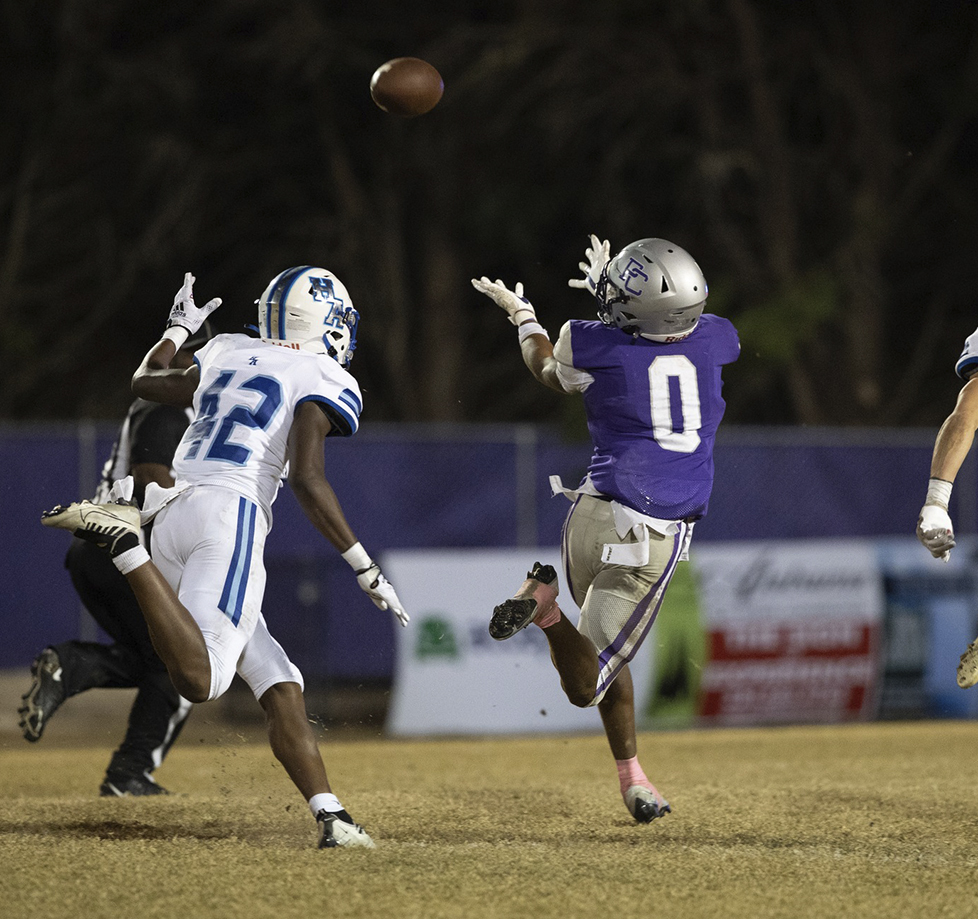 Pike County’s Ian Foster (0) has been nearly unstoppable with the ball in his hands in 2022. (Photo by Dan Smith)

The Pike County Bulldogs (6-3) are back in the Class 3A Playoffs, after missing the playoffs in 2021, on the road at the Region 1 Champion Excel Panthers (9-1).

The Bulldogs are coming off a frustrating 21-20 loss to Houston Academy last week, while Excel dropped a road game to Chipley (Fla.) 28-12. It was Excel’s only loss of the season. However, Excel did lose an early-season game to Mobile Christian 35-14 that was later forfeited due to Mobile Christian playing an ineligible player.

The Pike County offense is averaging 174 yards rushing per game and 152 yards passing per game with a well-balanced attack. Junior quarterback Omari Barrow has completed 81-of-137 passes this season for 1,333 yards, 20 touchdowns and six interceptions, while sophomore running back Nemo Williams has rushed for 814 yards and five touchdowns on 95 carries. Senior running back Zay Carlisle has been hobbled by injuries late in the season but he still amassed 432 yards and three touchdowns on 82 carries through the season.

Receiver Chimarion Brown is averaging 18.8 yards per catch with 16 catches for 300 yards and three touchdowns, while Braylin Jackson has also hauled in eight catches for 149 yards and a touchdown.

Pike County’s not-so secret weapon, though, is senior athlete Ian Foster. Foster has an eye-popping 1,472 all-purpose yards and 21 total touchdowns this season and has scored in all three phases of the game. On offense, Foster has rushed for 145 yards and two touchdowns along with catching 27 passes for 618 yards and 14 touchdowns. He also completed a pass for 24 yards, as well. On the defensive end, Foster has 48 tackles, three tackles-for-loss, nine pass breakups and six interceptions. He returned those interceptions for 357 yards and three defensive touchdowns.

While teams have gone out of their way to kick away from Foster in the kicking game, he’s made any opponent that dares kick it his way pay. On just three kickoff returns, Foster has 205 yards and two touchdowns along with five punt returns for 123 yards and another touchdown.